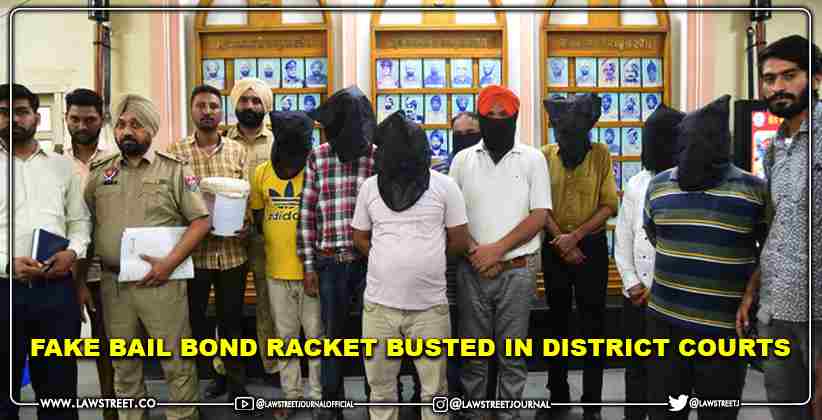 On Thursday (October 7, 2021), the Ludhiana Police arrested nine people in connection with a fake bail bond racket that had been operating in the district court complex.

According to Dhindsa, the accused would prepare fake Aadhaar Cards by obtaining land records (fard) from the revenue department, and the collusion of revenue department employees in the racket is also under investigation.

The DCP stated that, “We cannot rule out the possibility of the accused having contacts in the revenue department and district court complex,” adding that 32 fake Aadhaar Cards, 12 land documents and one voter card had been recovered from the possession of the accused.

The DCP further added that, “We are preparing a list of criminals whom the accused helped secure bail with the fake documents. Most of the beneficiaries were snatchers and thieves. We will write to the judicial authorities asking them to install a mechanism or scanner to check the veracity of the Aadhaar Card submitted.”

According to the investigation's additional deputy commissioner of police (ADCP), Rupinder Kaur Bhatti, Sood was the kingpin of the gang that had been active in the district complex, while Manga was working as a Munshi with an advocate.

Dhindsa said, “The gang charged anything between ₹2,000 to ₹10,000 to furnish bail bonds. The accused had been operating separately in the court complex for the last few years, but Sood had brought all of them together.”

A case was filed under Indian Penal Code Sections 420 (cheating), 465 (forgery), 467 (forge document), 468 (forgery for the purpose of cheating), and 471 (use forged document as genuine). They were brought before a court and placed on remand.

The police apprehended the gang after noticing that snatchers and thieves were getting out on bail and committing the same crime. When the police investigated, they discovered that the accused, who were posing as guaranteers, were using forged documents.