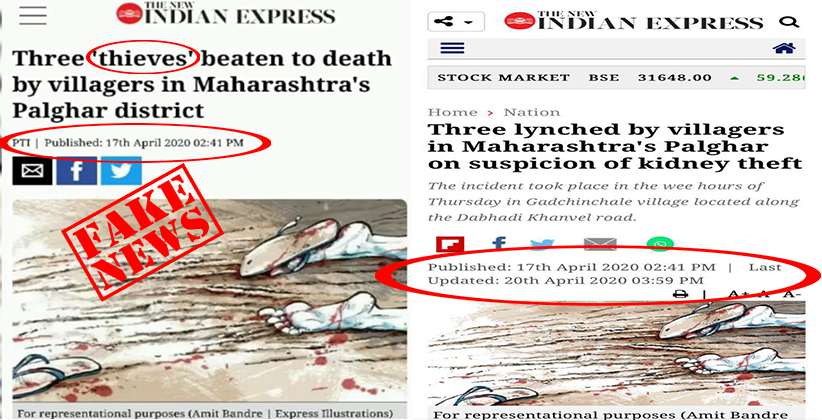 The role of media plays a very crucial role in our country. The media is treated as the fourth pillar of the democracy. But some media houses are derailing from their moral responsibilities of fair journalism. Media houses such as The New Indian Express described those Mahants as thieves, without even verifying the facts of the matter. Hours later, the said media channel corrected the news headline, however, by then the false news headline had already reached to thousands of people.

On April 16, 2020 a group of villagers in Palghar district of Maharashtra dragged out three men out of their car and beat them to death on suspicion that they were thieves. The attack on the three took place amid a nationwide lockdown. Two among the three men killed were ‘Saadhus’ and one was their driver.

Fact be stated, the said persons were ‘Saadhus’ who were going with their driver to a funeral. But the villagers misconceived them as thieves and attacked them leading to their death.

The Police Officials in charge, the DM of the area and the local authorities have verified the claim that they weren’t thieves and were Mahants who were going to attend a funeral.

The officer with the Kasa Police station stated that, “Prima facie information indicates that the trio were mistaken for thieves and attacked. The villagers were on edge due to the ongoing lockdown and unavailability of essential supplies. For the past few days, several rumours have been doing the rounds on social media about thieves and dacoits targetting villages on the highway. As a result, villagers have been patrolling the highway and stopping late night travellers on suspicion”.

The victims are believed to be local religious leaders from Kandivali, who had first tried to take the National Highway to Silvassa but were stopped by police officials enforcing the lockdown. They seem to have then decided to take the longer route through Vikramgadh in Palghar.

The New Indian Express posted article headline as “Three Thieves beaten to death by villagers in Maharasthra’s Palghar”. This depicts how irresponsible some media channels are.

A person may find himself in trouble under the following sections of law if he is seen to be spreading or inculcating the spread of fake news: The people spreading fake news viz., the Content Creator and the Content Forwarder are usually punished under Sections 153A, 153B, 295A, 500, and 505 of the Indian Penal Code,1860 (IPC) they state:

The ways to tackle this problem of fake news circulation are media literacy, application of reasoning and scientific approach. Apart from these measures, suggestions to the government for tackling this problem would be to bring a law to make the dissemination of ‘Fake News’ a punishable offence,  to make the appropriate changes in the IT Act 2000 along with technical assistance in order to trace the origin of such information for imposing the liability and creating awareness about this menace for all people in their respective languages. 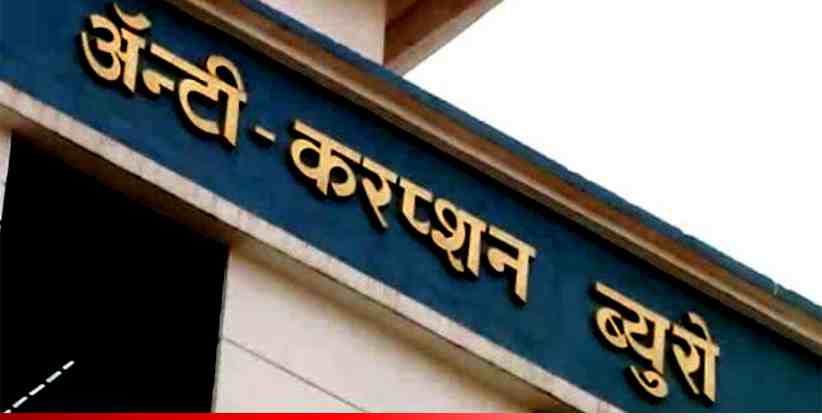 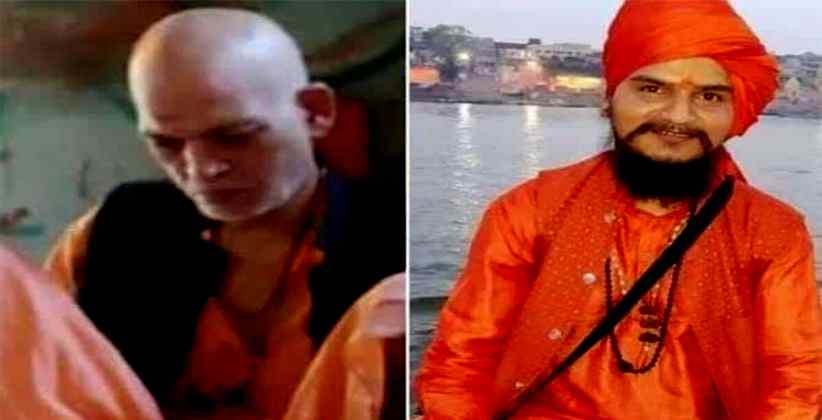 Judiciary Aug 24, 2020 RISHA DIXIT ( Editor: Ekta Joshi ) 0 Shares
0 Shares
On Thursday, August 20, for seeking justice for the two Saints who were killed in Palghar lunching, Swami AvdheshanandGiri of JunaAkhada demanded CBI investigation into the matter. The demand came after the Supreme Court allowed CBI investigation for the Sushant Singh Rajput Case. He also received support Yoga Guru Ramdev for demanding the CBI probe for the Palghar lynching incident to seek justice for the two saints. A Public Interest Litigation was filed for the matter demanding CBI or...
Read full post