"Farmers/Protestors Put the Entire Capital in Ransom": Plea in Delhi HC Seeks to Deploy Paramilitary Forces to Ensure Safety of Life and Property of Citizens 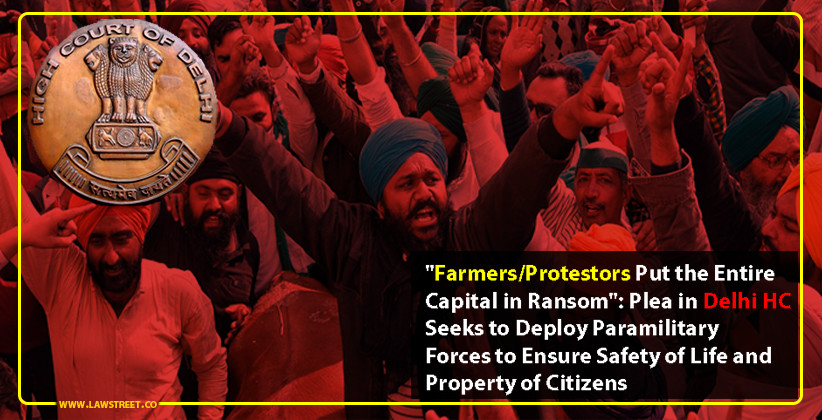 A Public Interest Litigation (PIL) has been filed in the Delhi High Court seeking removal of "people squatting" under the Kisan Agitation, putting para military forces and removing present commissioner of police who failed to discharge his duty to protect the life and property efficiently.

The petition has been filed by Dhananjai Jain, a resident of New Delhi through Advocate Bhoop Singh. According to the petitioner, the farmers agitation, which was going on for last so many days, took an aggravated and violent turn followed by the farmers reaching the interiors of Delhi armed with weapons, hockey sticks, swords and other assault weapons disturbing the peace and law and order and tranquility in the city. Protestors and farmers put the entire capital to ransom and the whole life of the capital was brought to a stand still. It raised serious alarm and anxiety amongst the citizens and in particular those living in Delhi.

According to the plea, it was due to lack of timely decision making by the Commissioner and other highly placed officials of Delhi Police that the police post at the Red Fort was abandoned by the police. The petition makes the Union of India, Ministry of Home Affairs and Commissioner of Police, Delhi as respondents in the matter.

Prayer of the petitioner

1. Respondents to immediately remove people squatting under the garb of Kissan Agitation and clear all the roads and public places after removing them.

2. Put adequate para-military forces to protect important monuments and to ensure safety of life and property of citizens of Delhi and restore feeling of confidence and security amongst them.

3. Remove respondent no. 2 present Commissioner of Police from his post and punish all the police officers who failed in discharging their duty. 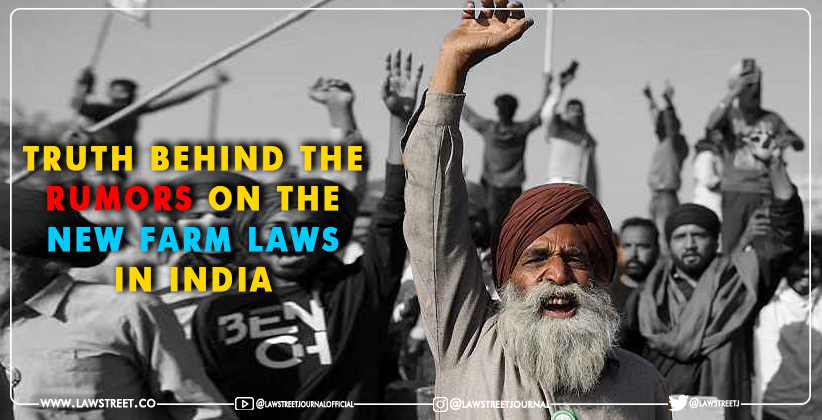 Executive Jul 21, 2021 Vivek Kumar ( Editor: Ekta Joshi ) 4 Shares
4 Shares
Introduction:On the morning of 17 September 2020, three Farm Laws were passed in the Lok Sabha, and the country has been in a big debate ever since. The argument over whether the farm laws will empower farmers or destroy the agriculture sector of India in ongoing since then. As the 8-month long dispute continues, let’s take a look at some of these questions and the truth behind them. Are the Farm Laws Unconstitutional? One of the main arguments being presented against the new...
Read full post