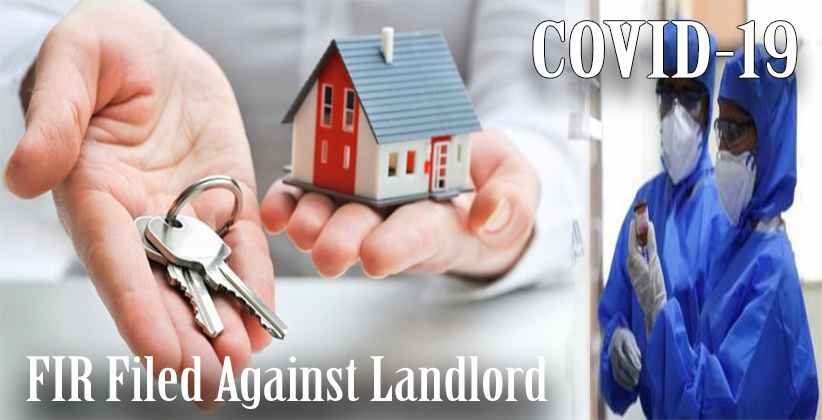 Crime, Police And Law Mar 31, 2020 Lawstreet News Network 4 Shares
4 Shares
An FIR was registered in Bilaspur town of Chhattisgarh against a Congress Corporator on Saturday (March 28,2020) for asking his tenant (a nurse) to vacate the place amid of Corona virus spread. The corporator Sitaram Jaiswal denied the allegations and said the he was being framed.

The FIR was registered against him at Civil Lines police station based on a complaint of the doctor at whose hospital the nurse works, said a police official. The complainant reported that corporator asked the woman to vacate the house, as being nurse she is more prone to the virus and might spread the same. The nurse then left the premises and moved to her village which is near Bilaspur city.

The FIR was registered under Section 188 of the Indian Penal Code, 1860.  Disobedience to order duly promulgated by public servant.—Whoever, knowing that, by an order promulgated by a public servant lawfully empowered to promulgate such order, he is directed to abstain from a certain act, or to take certain order with certain property in his possession or under his management, disobeys such direction, shall, if such disobedience causes or tends to cause obstruction, annoyance or injury, or risk of obstruction, annoyance or injury, to any person lawfully employed, be punished with simple imprisonment for a term which may extend to one month or with fine which may extend to two hundred rupees, or with both; and if such disobedience causes or trends to cause danger to human life, health or safety, or causes or tends to cause a riot or affray, shall be punished with imprisonment of either description for a term which may extend to six months, or with fine which may extend to one thousand rupees, or with both. However, the corporator has denied the allegations saying that she willing vacated the house as she wanted to quit her job. Chhattisgarh has reported 7 COVID-19 cases 1 from Bilaspur as well. India is currently having 1251 cases with death of 32 and 87 recovered. Cases Worldwide:   Author: Aarya Mishra