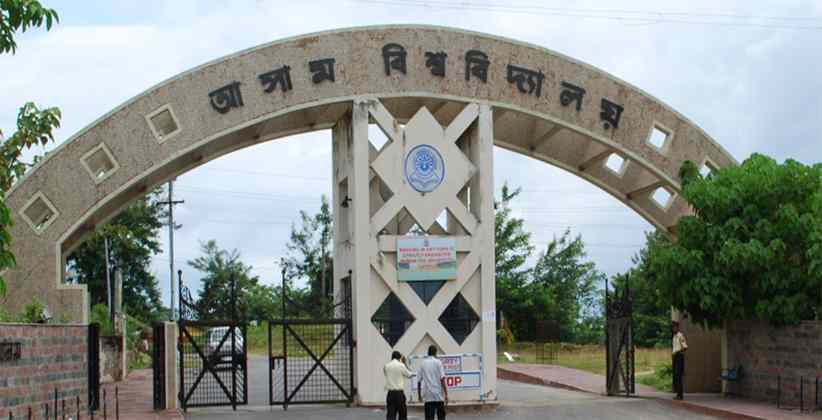 On August 5,2020, Anindya Sen, Assistant Professor of Assam University for the last 9 years, Silchur, posted a joke on Facebook on Lord Ram, on the very day on the auspicious occasion of Bhoomi Poojan of Ram Mandir in Ayodhya, Uttar Pradesh. After the act done by the Assistant Professor, F.I.R. was lodged against him on August 8, based on the complaint filed by the ABVP functionary.

The complaint was lodged by Rohit Chanda, the ABVP functionary, and leader, against Anindya Sen, for hurting religious sentiments and degrading the dignity of Hindu God Ram. Rohit last year filed a complaint against Souravdeep Sengupta, who tried to abuse ‘Sanatan Dharma’ on Facebook.

He requested Silchur Police Station to take strict actions against Anindya Sen for spreading communal hate and degrading the dignity of Sanatan Dharma. ABVP and Police authorities told Anindya Sen to take down such posts which are causing hate in society, but still, the post is not taken down by him till now. Everywhere, in the comments section and on Facebook, there has been a huge outrage against Anindya for posting such disrespecting things on Facebook about God. Every person who has seen the post was abusing him in the comments section and messages section.

Once, he was warned by a person that ‘Cyber Cell Department will arrest you’

In his defense, he said that he had not done anything which is against parliamentary words, and no abusive language was used in the joke. He said that ‘the joke was about how Ram abandoned his wife thinking, about what other people will think of him as a King. He also said that there are many books in different languages, where many critics have criticized Ram on the same. He said that there were many death threats and other threats given to him on the same, so regarding this, his family is worried about his life.

When he was asked about this incident, he said ‘nobody has invoked me to do such thing, but my own instinct. It was completely my decision to post this joke and I usually post such jokes. It is completely on the basis of what I think.’

He has been charged under Section 294, 295A and 501of Indian Penal Code, 1860. Further, it is noticed that he continuously posts such posts or comments, which defames Hindu Religion, and also shares some posts which abuse constitutional posts like Prime Minister and Home Minister of India.

Section 295A of IPC: Whoever deliberately does some malicious act which causes hurt to someone’s religious feelings or hurts religious sentiments of someone or a class of people, by words, either spoken or written or by signs or by visible representation, insults any religion shall be punished with either imprisonment of 3 years or fine or both.

Section 501 of IPC: Whoever, by the printing or by speech, knowing of having a good reason that it is defamatory for any person of being, shall be punished with imprisonment of 2 years or fine or both.