Gang Of Robbers Looted Cars, Gold Only From Men Caught By Police 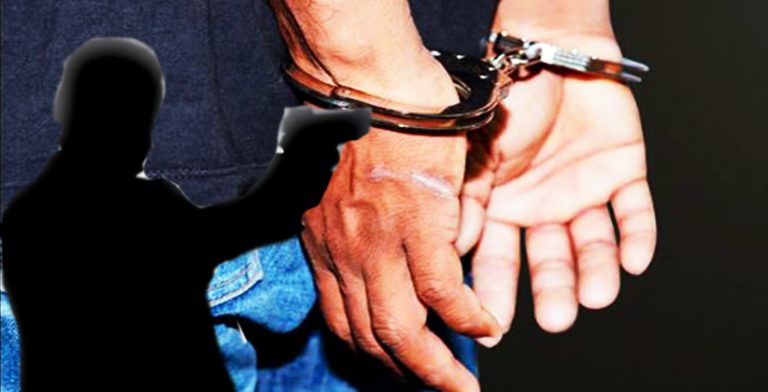 Crime, Police And Law May 20, 2019 Lawstreet News Network ( ) 0 Shares
0 Shares
A gang of robbers has been busted by police following a gunfight in Sector 144 in Surajpur area of Greater Noida on May 19, 2019, TOI reported.

During the exchange of fire, one of the policemen and two of the accused were hit by bullets. The leader of the gang has been identified as Omveer Bhati (35), a resident of Chi 5 in Greater Noida. Along with him were two brothers, Sonu Bhati (27) and Monu Bhati (22), who are from Karnpuri village in Agra. All three men are school dropouts, police said.

Following a tip-off, the police rounded up the gang of robbers at around 11 pm and stopped them near Sector 144. Twelve bullets were fired, one of which hit sub-inspector Patnish Kumar in the left hand. Omveer and Sonu suffered two bullet injuries each. As per the report, the gang had been active since 2015 and would rob people at gunpoint in broad daylight. “Omveer was the mastermind of the gang. They mostly snatched jewellery and vehicles from their targets. The accused had first snatched a red Santro in 2015 from near Jaypee hospital. They used this car to commit 20 robberies. In 2016, Omveer and Sonu had been arrested for keeping arms and robbing people,” said Vaibhav Krishna, the Gautam Budh Nagar SSP. After their release in 2018, they included Monu in the gang. “In September that year, the three snatched a grey i20 car and committed as many as 12 robberies with it. They looted the blue Baleno in January this year and used it for seven robberies. The gang has at least 30 robbery cases against them. There were many others that were not even registered,” said Krishna. On the basis of the statements from various victims, the police zeroed down on the gang who told the police that though they looted jewellery, they never really targeted women because they tend to wear artificial ones. “The accused have confessed that they targeted only men because according to them, no man wears artificial jewellery,” Krishna added. Police said the robbers would tell their targets to lower the windows of their cars and then point a gun at them. On one such incident, Anuj, a resident of Sector 50, was robbed of Rs 45,000 cash, a gold bangle, a Rado watch and his Fortuner car. “I was on my way back home from my shop in Sector 51. These men were holding up a wedding card and stopped my car to ask for directions. One of them asked me to roll down the window. When I did, they pointed a gun at me. When I refused to give them my car, they hit me in the face with the butt of a pistol,” he said. The police recovered from them five pistols, 40 live cartridges, the stolen red Santro, a grey i10 and the blue Baleno that they had looted in January. “They were sent to jail after being produced in a court on Sunday,” Krishna said.