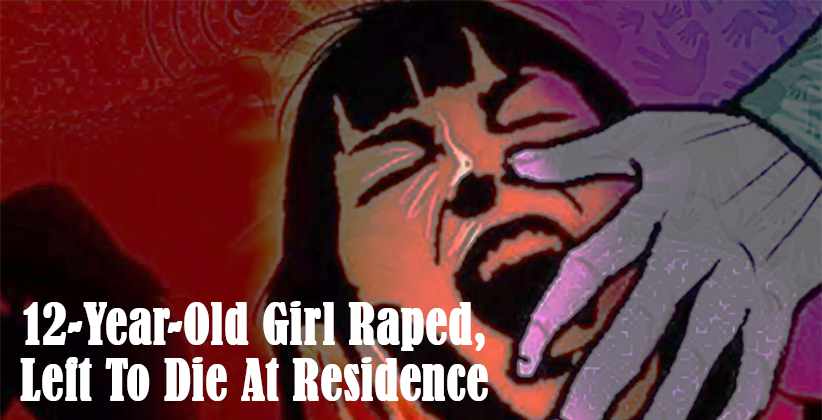 Yet another brutal, horrific incident of rape has surfaced in Delhi. A 12-year-old girl was allegedly raped in Delhi's Paschim Vihar area and is now battling for her life at a hospital. The brutal incident took place in Peera Garhi area of Delhi when the minor girl was alone, police said, adding that the home is located in a congested, dingy locality whose inhabitants are mostly daily wage workers. She was raped by a man inside her own house. The girl was attacked with scissors and had a fractured skull. Delhi police, on August 6, arrested 33-year-old Krishan, who is being accused of the horrific crime. The incident came to light when a passerby noticed the girl who was lying in a pool of blood.

Close to 100 CCTV cameras were used to identify Krishan and electronic and technical surveillance were put in practice by the Delhi Police to track Krishan down. Delhi Police Joint Commissioner (Western Range), Shalini Singh, has said that the accused is a repeat offender and has been involved in 4 criminal cases, including murder, attempt to murder, and burglary.

Krishan has been booked under the sections of the Protection of Children from Sexual Offences Act and Section 307 (attempt to murder) of IPC. The incident took place when Krishan was in the process of committing a burglary. When Krishan entered a building, he found people in their houses on the first two floors. On the third floor, he saw the door to an apartment open. He entered the apartment and was spotted by the 12-year-old victim. She immediately raised an alarm.

In an attempt to stop the girl from making noise, Krishan threw a sewing machine at her head, but the girl continued to shout. This is when Krishan stabbed her with a pair of scissors repeatedly. He stabbed her at least 5 times with the scissors.

During the investigation, Krishan mentioned that he was drunk when the incident took place. He added that he left the house assuming that the girl was dead. The weapon with which she was attacked has been found and sent for forensic investigation.

The minor was initially admitted to the Sanjay Gandhi Memorial Hospital where a team of doctors referred her to AIIMS after evaluating her grievous injuries.

"A team of doctors from pediatric surgery, gynecology, and neurosurgery departments is monitoring her condition constantly. She underwent two surgeries on Wednesday, the first to repair her skull and the second to rebuild her perineum. She may require another surgery for the head injury," a doctor at AIIMS said.

According to a recent development, Delhi CM Arvind Kejriwal said that he would be visiting AIIMS to meet the girl. He was deeply disturbed by the incident and that the accused should not be allowed to move freely.

The girl lived with her parents and elder sister. Doctors at AIIMS have said that even though the girl is now not on a ventilator, she still remains in critical condition.