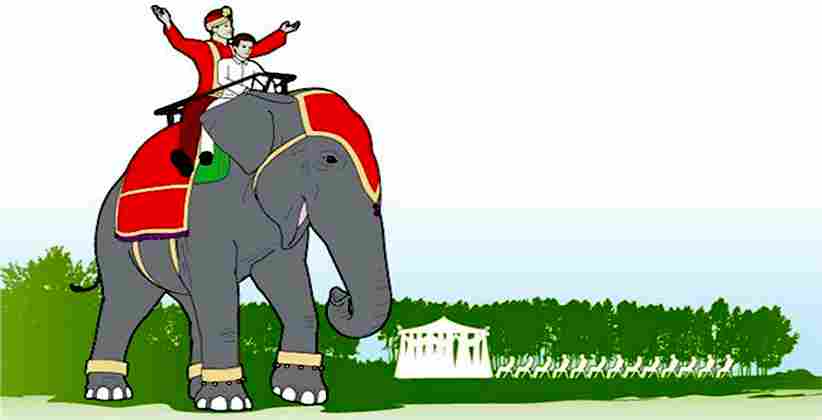 The plight of wedding animals is much harder than their counterparts. On January 12, 2020 a same-sex wedding procession in Panaji, Goa used an elephant for baaraat, a wedding procession. A complaint was lodged against the couple with the state wildlife warden to take immediate action regarding the matter.

Using animals in marriage is an age old tradition that has been done away with by the introduction of legislations. But such incidents show us the problem of implementation this country is facing in any other sector as well. Imagine an animal being forced to come to such processions with a huge throne saddle placed atop which the grooms climb on. The noise of the wedding band is loud and it is disturbing to the animal but the handler holds it tightly, and sometimes there are fire lanterns or crackers which are even more distressing.

With all this the animal is asked to walk a few miles for the fun and entertainment of a couple of humans. Now imagine how pathetic it sounds and how cruel such treatment is, especially for endangered species of animals in the country. On top of that some animals like elephants are not even given enough food during such ceremonies which makes them weak and vulnerable. Animals in such processions have an exploitative and painful existence. Hiring and renting out elephants for commercial activities is prohibited by the Indian Wildlife (Protection) Amendment Act, 2002.

This particular issue got many criticizing it, ranging from animal rights activists to the equal rights activists. According to Times of India, Harish Iyer, an equal rights activist from the LGBTQ Community remarked “I would have been equally upset if a heterosexual couple used it for their wedding.” The president of People for Animals (PFA), Santosh Kumar called for an investigation into the matter, which revealed that the elephant was from a spice farm in Goa. Finally when the matter reached the Deputy Conservator of Forests, Kuldeep Sharma he said that there are 10 captive elephants in the spice farms of Goa and recently one was given up for worship purposes with proper permission.

But in this case they got no permission requests. The representative of Federation of Indian Animal Protection Organisation said “It is completely outrageous and illegal... the couple has made a mistake without even knowing it” as reported by ToI. To display animals at wedding processions is illegal and retrogressive; it is high time we as compassionate humans, find something else to amuse ourselves.