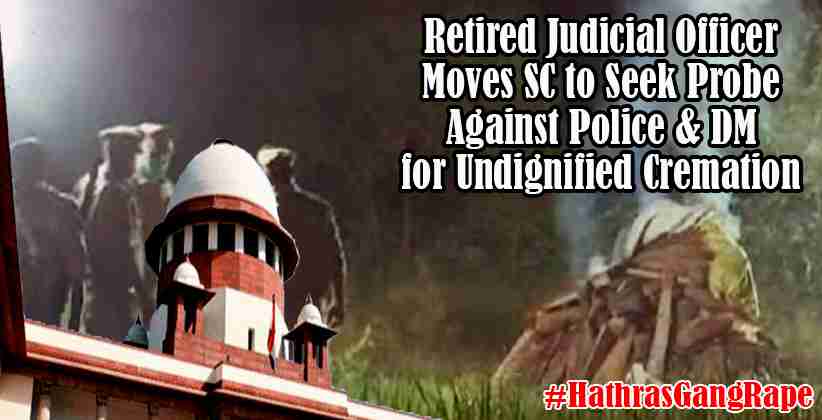 Crime, Police And Law Oct 06, 2020 Meghna Mishra ( Editor: Ekta Joshi ) 5 Shares
5 Shares
A retired judicial officer who is quite “perturbed” by the horrific Hathras Gang Rape incident has moved to the Apex Court to seek an investigation against the police officials and the District Magistrate who was allegedly responsible for forcefully cremating the Dalit Girl.

the petition filed in the SC sought for an investigation by any agency, independent of the State Police. The plea went ahead to state that if any allegations of undignified and inhuman treatment of the victims’ body appear to be true, there should be a FIR registered against these officials. ChangraBhan Singh, retired judicial officer, having served in the judicial system for over 25 years is the petitioner.

In the Hathras incident, “A 19-year-old Dalit girl was gang-raped and brutally injured in Hathras on September 14. She succumbed to her injuries at Delhi's Safdarjung Hospital on September 29. When her mortal remains were taken to her native place, the UP Police and administration allegedly cremated her body forcefully without the family's consent or their presence, in the dead of the night.”

The plea filed condemned the “manhandling” of the victim by the police. The State Police were also deployed to barricade and cordon the of the Hathras village after the outrage in the nation. This prevented the media, politicians, activists, protestors, and other well-wishers from visiting or meeting the village. Affirming this, the plea noted that, “The village is fortified by the Administration with barricades due to furtive fallacy”. The plea also states that by forcefully cremating the victim, the police officials have violated the fundamental rights of the victim and her family that is enshrined under Article 25 and Article 21 of the Indian Constitution. Article 21 of the Indian Constitution ensures the Right to Life and Liberty, whereas Article 25 of the Indian Constitution provides the Right of Freedom of conscience and free profession, practice, and propagation of religion. The plea elaborates that the SC has held that the rights conferred under Article 21 also extend to the bodies of the deceased person. Touching on the Hindu Scriptures, the plea stated that the religious text call those people who have obstructed the deceased from getting their last rites as “sinners” Advocate Smarhar Singh has filed this petition 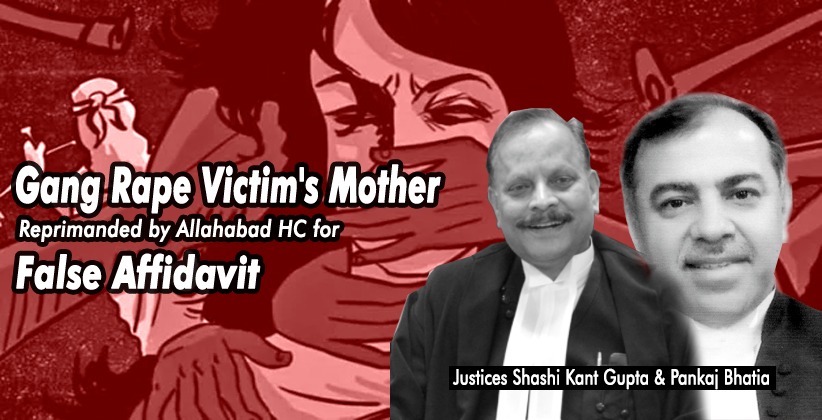