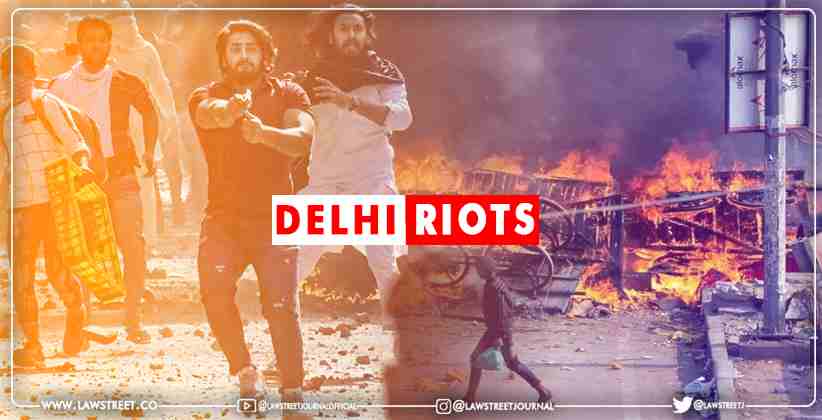 A Delhi Court has chastised the Delhi Police for the way it investigated cases relating to the North East Delhi riots, including the filing of half-baked charge sheets and the non-appearance of Investigating Officers before the Court.

Additional Meetings Judge Vinod Yadav also demanded immediate action and requested that the DCP of the North East District and other senior officials take note of the situation.

The Court made the following observation:

"It is also painful to note that in a large number of riot cases, the standard of investigation is very poor: after filing a charge sheet in court, neither the IO, the SHO, nor the aforementioned supervising officers bother to see what other material is required to be collected from the scene, appropriate authority in the matter, and what steps must be taken to bring the investigation to a logical conclusion."

"It has been observed that after filing the half-baked charge sheets in Court, the police make little effort to bring the investigation to a logical conclusion. As a result, the accused persons who have been implicated in multiple cases remain imprisoned".

The remark came as the Court was preparing charges against Ashraf Ali and Parvez, who were accused of being active members of the riotous mob that allegedly attacked and injured police officers on duty by throwing acid on them.

"It is past time for the DCP of the North-East District and other higher-ranking officers to take note of the aforementioned observations and take the necessary corrective action. They are free to seek the advice of experts in this regard; otherwise, there is a risk of injustice being done to the people involved in these cases," the Court stated.

Based on the facts of the case, the Court summoned the Police after observing that the IO failed to collect a sample of acid/corrosive substance and have it chemically analysed. It was also observed that the IO did not bother to gather information about the nature of the victims' injuries.

"The supervising officers have miserably failed to supervise the investigation, as contemplated by Delhi High Court Rules, particularly Rule Nos.10,13, and 14 of Part A, Chapter 11, Volume-III, as well as Rule 3 Volume III Chapter 12," the Court noted at the outset.

The Court also observed that the IOs simply e-mail a pdf of the charge sheet to Special Public Prosecutors in riot cases and leave it up to them to argue the case on charge, without giving them an opportunity to delve deeply into the facts and the investigation conducted in the case.

The FIR was filed on February 27, last year, after a constable filed a written complaint alleging that a group of rioters attacked him and other staff members with glass bottles, acids, and bricks, causing injuries.

"A copy of this order be sent to the Commissioner of Delhi Police for his reference and directing the taking of remedial measures, as specified in paragraph No.16 here in above," the Court ordered.