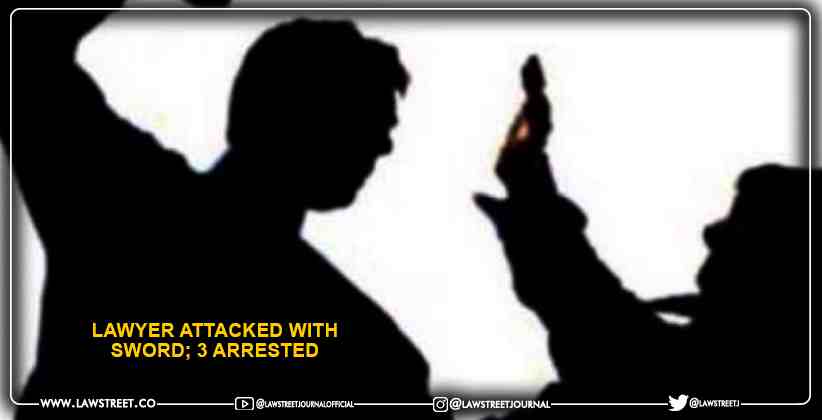 A lawyer was allegedly assaulted in broad daylight by a gang of goons who surrounded him and thrashed him with sticks and swords in Mumbai's Borivali neighborhood. Three people were arrested in this case by the Mumbai Police.

The shocking incident occurred on Sunday(July 18, 2021), when the lawyer Satyadev Joshi and his associate Ankit Tandon went to survey a plot of land for a client in the Dahisar suburb.

"I had gone to Kanderpada in Dahisar west to survey a property for my client Tauquir Khan, who is the plot's owner, when the brutal attack occurred around 3 p.m. on Sunday," Joshi later told IANS.

An FIR has been registered at the MHB police station in Borivali, according to the Mumbai Police. & a probe has been launched.

Meanwhile, 15-20 people have been arrested by MHB Police in Borivali (W) for allegedly attacking a lawyer with sharp weapons such as swords and knives and attempting to kill the advocate.

The lawyer was seriously injured in the attack, he had suffered severe injuries, including to the head, in the incident and has been admitted to a Kandivali hospital.

On Monday(July 19, 2021), Joshi, who is a resident of Gorgaon was summoned to record his statement, while a delegation of lawyers went to the police station to protest the attack on a member of the legal fraternity and to demand security.

The matter is being investigated by the Mumbai Police, who have charged the accused under relevant sections of the Indian Penal Code for attempted murder, voluntarily causing harm, criminal intimidation, criminal conspiracy, and rioting, as well as sections of the Arms Act.

More research in the matter is currently being conducted.

UP Government considers Supreme Court’s directions, says ‘no Kanwar Yatra for this year as well’