Lawyer gets 10 years rigorous imprisonment for trying to kill Wife 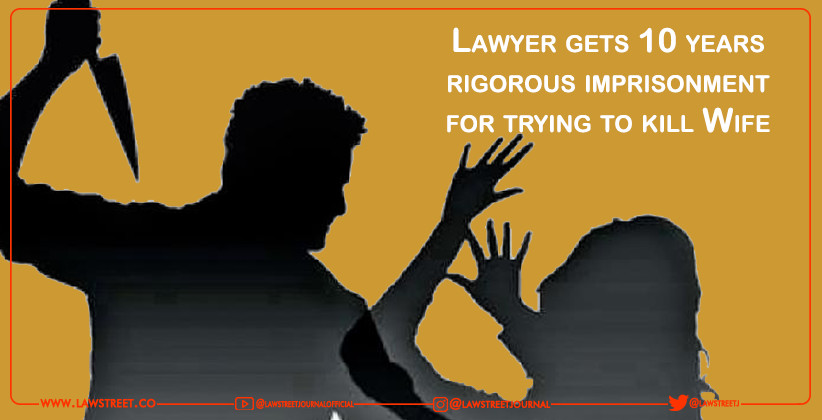 Crime, Police And Law Mar 23, 2021 Snehal Khemka ( Editor: Ekta Joshi ) 20 Shares
20 Shares
A Court in the Thane District of Maharashtra, on Thursday, March 18, 2021 sentenced an Advocate to ten years of rigorous imprisonment for trying to kill his wife in 2010.

The order delivered by District Judge and Additional Sessions Judge P P Jadhav also imposed a fine of Rs 5,00,000 on Ahmad Assif Fakkih, a resident of Bhiwandi town. It was brought into the courts notice that special public prosecutor Hemlata Deshmukh told the court that Ahmad had married the complainant in Oct 2001.

Despite the couple being parents to 3 children, violent traits of domestic violence such as beating the victim frequently was traced to be done by Ahmed, as a result of which the victim was forced to start living separately with the children. Furthermore, on filing a case of dowry harassment against her husband, he sought the custody of their children.On Thursday, Feb 11, 2010, when the victim was in the office of Ahmad's advocate for discussing the case, the accused arrived there and pulled out a gun. He further tried to shoot her but failed to do so as the trigger got struck, as narrated by the prosecution.

Later, he took out a dagger and inflicted multiple stab wounds on the victim in the presence of advocates from both sides before fleeing from the spot. The 2 lawyers rushed the victim to a hospital, where she recovered after treatment. Bhoiwada police later registered an offence against Ahmad under the Indian Penal Code Section 307 (attempt to murder).

Lastly, the absence of Ahmed in the court on the date of the delivery of the verdict led to the issuing of a non-bailable warrant against him by the Judge.