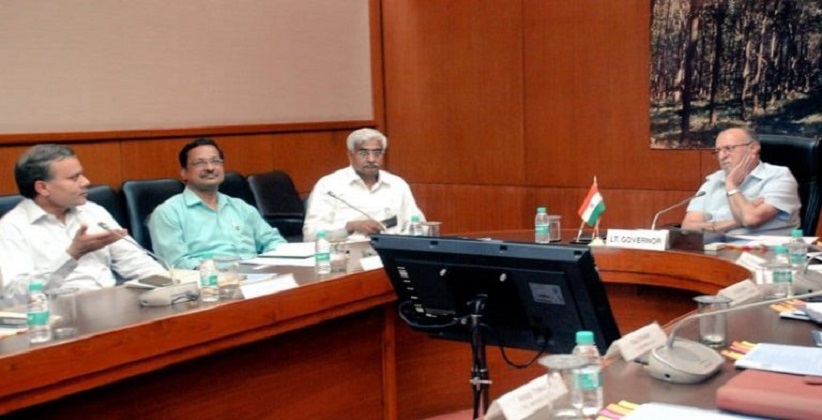 Delhi Police showed a detailed presentation in this regard in which they covered all the relevant judicial pronouncements and departmental standing orders/circulars. It was informed that steps had been taken as per the directions of Hon’ble Supreme Court in WP (Civil) No. 310/1996, Prakash Singh & Ors V. UoI, regarding separation of investigation from law & order in letter and spirit.

Delhi Police also informed the LG that investigation of crimes committed against women are being accorded on high priority. In case, the investigation is not completed in 20 days, an alert is generated for Jt. Commissioner of Police/Range and Spl. Commissioner of Police/Law & Order. As of now, the investigation of rape cases, POCSO cases and other cases of crimes committed against women are assigned to women IOs, preferably of SI level. A task-force under Spl.CP/Crime has also been constituted to monitor the cases against SC/STs and under POCSO Act.

It was apprised that ACP/SDPO in each sub-division of Delhi Police has been deputed as the Nodal Officer for monitoring the cases of crimes committed against women from inception, i.e., stage of registering the FIRs, investigation, and filing of charge sheets, etc. He/she is assisted by a lady Inspector to work as Assistant Nodal Officer.

LG directed the police commissioner Amulya Patnaik to take steps to address the urgent need for augmenting facilities at Forensic Labs and the Prosecution Branch, to commensurate with their workload. He also advised to have an in-house legal cell at the level of Joint CPs (Range) for effective assessment and monitoring of the cases and to plug loopholes in the investigation.

In the end, Baijal stressed upon the need to sensitize the investigating officers, especially while dealing with the cases related to crimes committed against women and POCSO offences. He asserted that sensitive handling could help the victims deal with the trauma and assist the investigation so that it can reach its logical conclusion swiftly.

Earlier on May 17, 2018, Mr. Baijal held a meeting with Delhi Police to review the traffic management, including the traffic violations in Delhi.