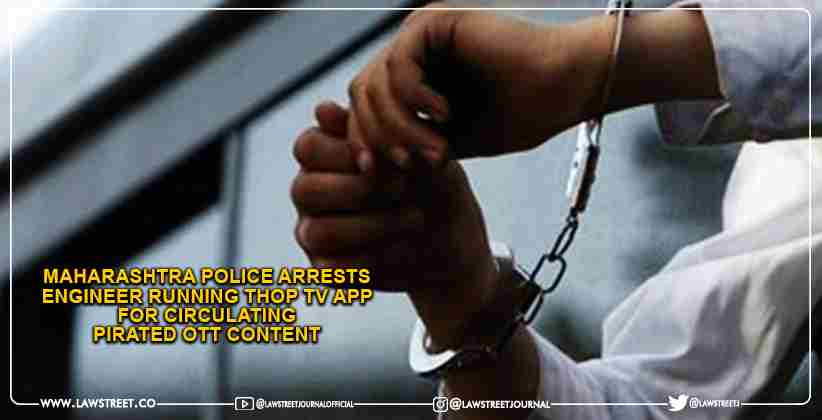 Maharashtra Cyber Police have arrested a Hyderabad-based IT engineer for allegedly streaming pirated content from various over-the-top (OTT) platforms and satellite channels on an Android app called Thop TV. He was arrested from his residence in Gurramguda, a residential locality in Ranga Reddy District, Hyderabad, on Monday, July 12, 2021.

The police said that Venkateshwarlu was arrested following a complaint filed by broadcaster Viacom18 Media. However, some other broadcasters, including Star India, had also filed a case against Thop TV in the past.

Viacom18 Media reportedly approached the Maharashtra Cyber Cell with the complaint alleging that the Thop TV app was transmitting its content without authorization. However, the local police in the matter were said to be not informed about the arrest.

The police booked Venkateshwarlu for cheating under the Indian Penal Code,1860 and under the relevant sections of the Information Technology Act,2000, and the Copyright Act,1957. He has been remanded in police custody until July 19, 2021.

According to preliminary information, the engineer, Satish Venkateshwarlu, the 28-years-old boy, was running the Thop TV app and its website for the last two years and was offering content at a nominal subscription fee of Rs. 35 per month.

Thop TV gained popularity among users and attracted lakhs of viewers for offering a variety of content such as sports matches, movies, and TV shows from various OTT platforms and channels at a dirt-cheap subscription cost. The platform was also said to have 5,000 paid subscribers.

Confirming the news, Sanjay Shintre, SP, Maharashtra Cyber told media, “Maharashtra Cyber cell has done a technical investigation into the FIR and accordingly we have arrested one culprit from Hyderabad. The culprit had used Thop TV as a platform and as an app. He primarily provided free content on Telegram.”

Shortly after the arrest, Thop TV became no longer accessible to users. Venkateshwarlu was fetching content to his app and website directly from OTT platforms using an API. Crime, Police And Law Jun 15, 2020 Aura Das ( Editor: Ekta Joshi ) 15 Shares
15 Shares
After the news of actor Sushant Singh Rajput’s passing away, the Maharashtra Police’s cyber department has asked people to refrain from circulating online pictures of the actor’s dead body. It warned that the circulation could attract legal action, terming it as a “disturbing trend”.The actor was found hanging in his residence in Bandraon Sunday – June 14th, 2020. The cyber department regarded the circulation of the pictures of the actor’s body as an act done in “bad...
Read full post 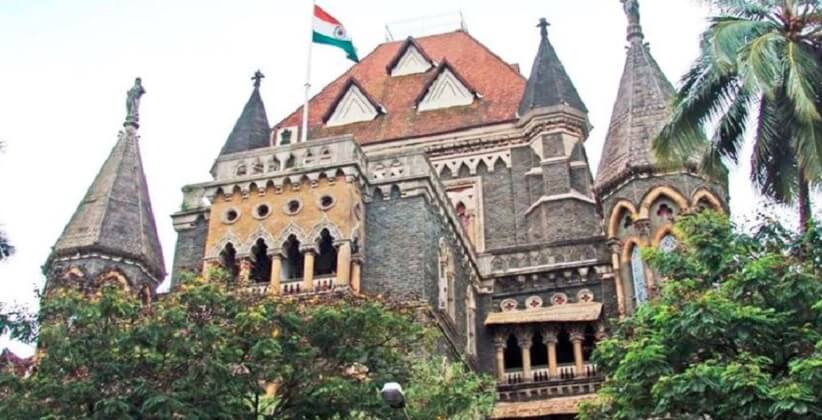 Top Stories Sep 04, 2018 Lawstreet News Network ( ) 0 Shares
0 Shares
On September 3, 2018, Monday, the Bombay High Court questioned Maharashtra Police for conducting a press conference regarding the arrest of activists in relation to the Bhima Koregaon violence, which took place on January 1, 2018.A division bench comprising of Justice Mridula Bhatkar and Justice Sandeep Shinde of Bombay High Court heard a criminal writ petition which was filed by Satish Sugriv Gaikwad who claimed to be a victim of the violence.When Satish Sugriv’s lawyer Nitin Satpute...
Read full post