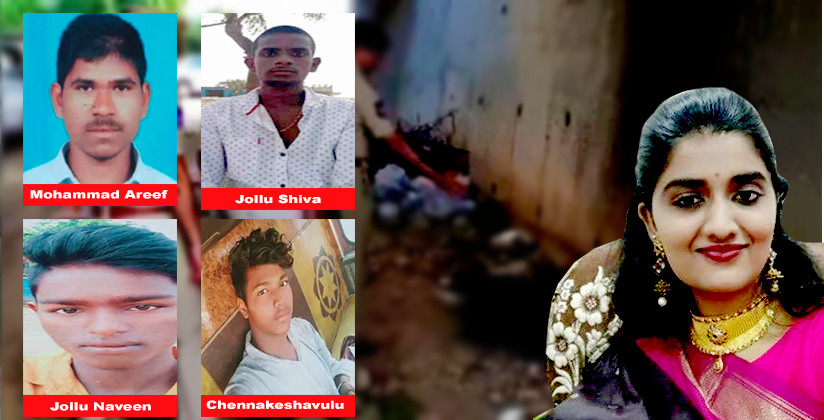 Crime, Police And Law Dec 03, 2019 Editor :Shanya Sharma 186 Shares
186 Shares
The mother of the deceased rape victim, Priyanka Reddy, demanded the burning of the four accused persons apprehended in the case. Meanwhile, a petition demanding the execution of the four culprits in public, by burning them alive, was being circulated on change.org. Additionally, the Defence Minister of the country, Rajnath Singh said that the Central Government is willing to amend existing rape laws to include more stringent provisions.

Reportedly, several Ministers from different political parties urged that the laws be changed to introduce death penalty as the only punishment for rape in the country. It was the devastating night of Wednesday (November 27, 2019) when a veterinary doctor hailing from the Shamshabad district of Hyderabad was brutally raped and murdered by four subhuman men belonging to Narayenpet.  The partially burnt body of the victim was discovered by the police on Thursday morning (November 28, 2019) under Chatanpalli Bridge in Shadnagar. The culprits have been identified as Mohammad Areef (driver), Jollu Naveen (cleaner), Chenna kesha vulu (cleaner) and Jollu Shiva (driver) who planned to rape the victim when they saw her parking her scooter at the Shamshabad toll plaza parking. Thereafter, they punctured the rear wheel of her vehicle and offered to help her when she arrived to pick it up at 9 pm in the night. Reportedly, that was the time when the victim’s mother had last heard from her when she had asked her mother to cut fruits for her on the phone.

When one of the accused took her bike for repair, the victim is reported to have made another desperate phone call to her younger sister who advised her to take a cab home. Under the pretext of getting her vehicle fixed, the accused grabbed the victim and dragged her not more than 50 metres away from the toll plaza where they raped and smothered her to death. Thereafter, they wrapped the body in a bed sheet, poured kerosene and burned the body some 25 kms away from the site of the assault in order to render the body unrecognizable. The police tracked the culprits within 24 hours after following the footage of various CCTV cameras that captured the movement of the accused. A police petition asking for 10-day custody of the four accused persons will be heard by a court in Shadnagar today (December 3, 2019).