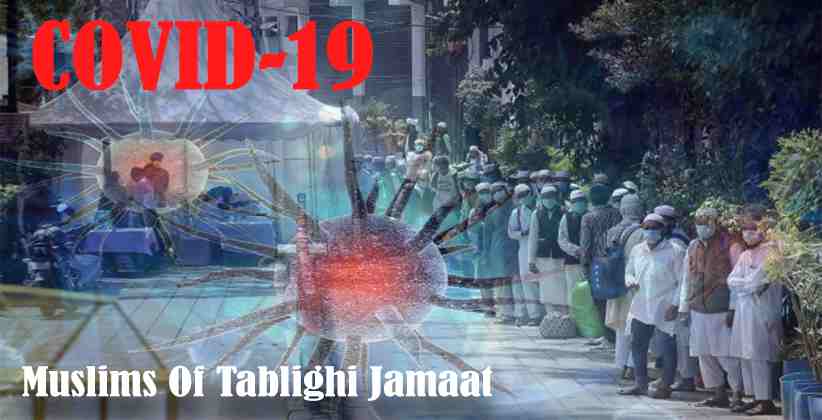 Crime, Police And Law Apr 01, 2020 Dyuti Pandya ( ) 12 Shares
12 Shares
On 31st March, 2020 it was observed that the suspected people who exhibited COVID-19 symptoms from the Markaz Nizamuuddin, the Delhi headquarters of Tablighi Jamaat were seen to be spitting on the roads of Delhi.

The group has been clearly defying government orders by engaging into large gatherings and in furtherance showcasing such tactics. They were being transported in buses for their treatment.  The Muslims clerics were ordered to shut down the bus windows later on.

On 30th March, 2020 the incident came into light. These clerics organized a congregation in violation of government's lockdown orders providing a conducive environment for the virus to proliferate in. The congregation was attended by 1500 people by people from different parts of the country as well as abroad.  The Nizamuddin Basti, where the Jamaat event was held, has happen to emerge as one of the most irrepressible clusters of the coronavirus cases in the country. 10 people who had attended the event died after getting infected with the virus while 300 have gotten hospitalized for exhibiting symptoms.  Meanwhile, the Delhi Police Commissioner booked the organizers and an FIR was filed by Delhi Police Crime Branch under Section 3 (penalty for offence) of the Epidemic Disease Act 1897 and Sections 269 (Negligent act likely to spread infection of disease), 270 (malignant act likely to spread infection of disease), 271 (disobedience to quarantine rule) and 120b (punishment of criminal conspiracy) of the Indian Penal Code, 1860.