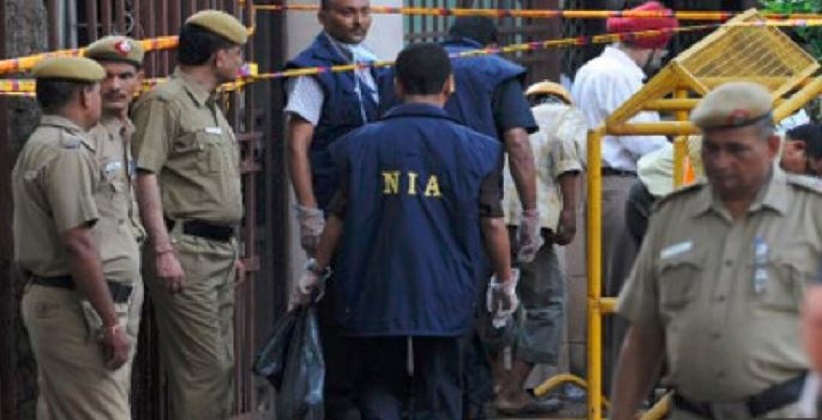 Crime, Police And Law Dec 26, 2018 Lawstreet News Network 0 Shares
0 Shares
The National Investigation Agency (NIA) today i.e., December 26, 2018, has busted a new Islamic State (IS) inspired module based in Delhi and UP, which was allegedly in an advanced stage of preparing for attacks in the country.

Also Read - NIA Court Reprimands Defence Lawyers regarding the Leaking of Sachin Waze’s Statement in the Media, says "This should not happen again"

The NIA carried out raids at 16 locations in Uttar Pradesh and Delhi to bust the module called ‘Harkat ul Harb e Islam’. The raids resulted in the arrest of five people and detention of 10 people. The raids were carried out in collaboration with the Anti-Terror Squad of the Uttar Pradesh Police and the special cell of the Delhi Police. Sources said the NIA had been monitoring activities of the module for a long time.

Pistols, ammonium nitrate and material used for making improvised explosive device (IED) were recovered from their possession. Police have seized seven pistols with live rounds in Delhi and a pistol and a grenade from Amroha, UP. Police claim that the arrested people were planning to attack headquarters of the Delhi Police, RSS office, among other places. The five people were reportedly arrested from a madrassa in UP's Amroha. In Delhi, raids were carried out in Seelampur.

Executive Apr 10, 2021 Tanya Sehrawat ( Editor: Ekta Joshi ) 3 Shares
3 Shares
The National Investigation Agency (NIA) reprimanded the lawyers that appeared for Sachin Waze, in connection to his statement being leaked in the media, on Friday (April 9, 2021).The case pertains to the discovery of an explosive-laden SUV outside Mukesh Ambani’s residence. Allegations against former Home Minister Anil Deshmukh and Shiv Sena Minister Anil Parab, asking Waze to extort Rs 100 Crores from restaurants and bars in Mumbai were made by Waze in his impugned statement. Sunil...
Read full post

Crime, Police And Law Mar 23, 2021 Snehal Khemka ( Editor: Ekta Joshi ) 2 Shares
2 Shares
Post the National Investigation Agency (NIA), the Maharashtra Anti-Terrorism Squad (ATS) will now be seeking custody of Assistant Police Inspector Sachin Waze in connection with the investigation into the Mansukh Hiren death case as confirmed by the top sources of ATS.Additionally, the Anti-Terrorism Squad will oppose the anticipatory bail application of Sachin Waze in Thane Sessions Court today. Meanwhile, the NIA on Wednesday confirmed that the person, seen in a...
Read full post