There Is No Nation-Wide Plan; Randeep Surjewala Of Congress Moves Plea to Intervene in Suo Motu Case Registered by SC Over Migrant Crisis [READ APPLICATION] 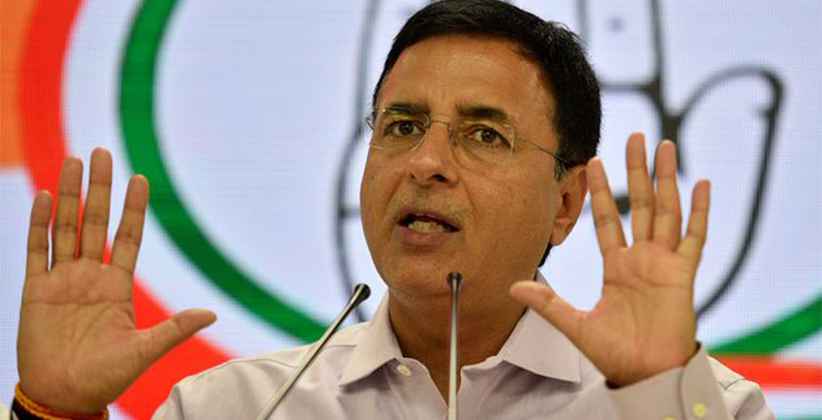 Crime, Police And Law May 28, 2020 Parth Thummar ( Editor: Ekta Joshi ) 34 Shares
34 Shares
On May 27, 2020, the Head of Communications and Media Outreach as well as the official spokesperson of the Indian National Congress (INC) and former MLA from Haryana, Randeep Surjewala moved a plea to intervene in the suo motu case registered by the Supreme Court (in re: Problems and Miseries of Migrant Labourers) over the migrant crisis in the wake of COVID-19 pandemic and lockdown.

Surjewala has mentioned in the intervention plea that he is Member of the ‘Core Committee’ constituted by the INC to aid and assist the Government of India in combating the COVID-19 pandemic and over the course of past 2 months and he has addressed more than 10 press conferences on the issue of the pandemic and the consequent nation-wide lockdown. He also claimed that as a member of the COVID -19 Consultative Core Committee of the INC, he has studied several grounds reports received from the INC party workers from across the nation and suggested various measures to the Government of India in battling economic and health challenges associated with the pandemic.

Surjewala mentioned in his application, that due to lockdown, the Parliament of India has not been able to conduct any session since March of 2020 and due to the failure of the Government of India to formulate any joint committee with the opposition parties for addressing the issues of stranded migrant labourers, the Government of India has been unable to consider the measures suggested by the Applicant and the opposition party or any member of the Parliament not belonging to the ruling dispensation. Therefore, he was constrained to approach the Apex Court with regard to measures for helping the stranded migrants.  He informed the Court that he seeks to intervene and apprise the Court of certain pertinent measures that may be considered by the Government of India in order to alleviate the plight of the stranded migrant labourers.   Measures suggested by Surjewala are as follows:    The intervention application was filed by the Advocate on Record Sunil Fernandes and will be argued by Senior Advocate Dr. Abhishek Manu Singhvi.   [READ APPLICATION]