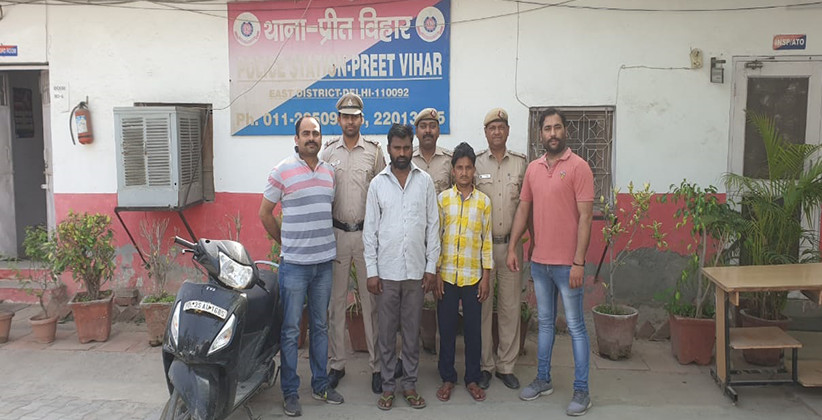 The police have arrested a burglar with 100 grams of jewellery pieces and silver weighing approximately 5.5 kilograms. His arrest further led to the arrest of two receivers who bought the stolen goods from Harish Chand 32 years, a school dropout. Chand committed thefts to make a fast buck.

A case vide FIR No. 58/19 under Sections 457 and 380 of the Indian Penal Code, 1860, was registered regarding house burglary at PS Preet Vihar. The gold and silver jewellery and cash of rupees 2 lac were stolen from that house.

When the probe initiated, it was found that more than one person was involved in the crime.

Efforts were made through the sources under Eyes and Ears Scheme including vendors and guards and neighbours to know the topography of the colony, its entry and exit points and also more than 100 people were questioned. The footage of one CCTV camera installed at a secluded place was examined and analyzed where the activities of some persons were found suspicious. However, it was awfully difficult to get to the culprit. The criminal database was examined that helped the cops reach one of the criminals identified as Harish Chand subsequently he was apprehended. He attempted in vain to mislead the police, when he was interrogated a little severely he confessed to having committed the burglary.

At the instance of the accused Harish Chand, Pradeep Verma, one of the receivers was arrested who further disclosed that he had sold the jewellery items to one Sachin Patil at Sambhal. At Pradeep's instance, Sachin Patil was arrested and recovery was made.