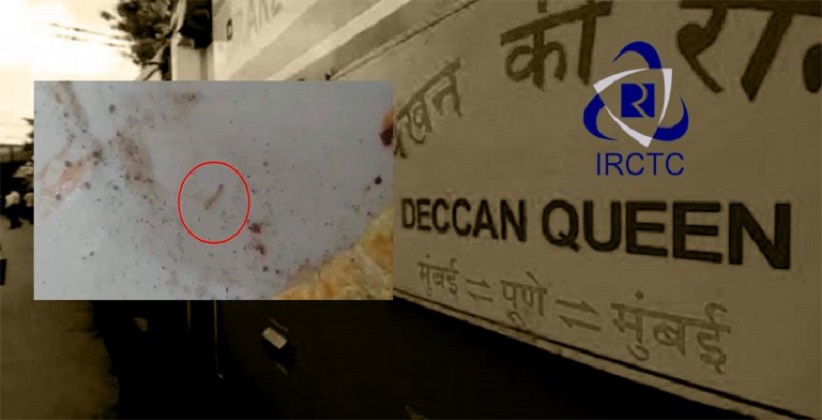 Crime, Police And Law Aug 23, 2019 Lawstreet News Network 0 Shares
0 Shares
Food served onboard the prestigious Deccan Queen has come under the scanner recently after a passenger complained that an omelette ordered by him had worms.

As per reports, the Central Railway (CR) had asked the Indian Railway Catering and Tourism Corporation (IRCTC) to look into the matter. The complainant, Sagar Kale was travelling from Mumbai to Pune on July 19, 2019, and ordered bread-omelette. “When the omelette was served, there were worms on the plate, in the pepper pouch and tomato sauce,” Kale said.Kale said the IRCTC staff told him they would replace the food, however, he shot a video of the omelette with the worms. The complaint was lodged on August 21, 2019, after Kale approached the President of Railway Pravasi Group, Harsha Shah who took him to railway officials to lodge the complaint. Shah said that the, “Food served by IRCTC is of inferior quality. Even the Comptroller and Auditor General of India passed strictures against IRCTC two years back.” Shah said such problems arise because IRCTC had given the contract for preparing food to private parties. “IRCTC supervisor is supposed to keep watch on the quality of food served and cleanliness in the dinning car. But passengers are not even aware as to who the supervisor is. Also, there is no complaint book available in trains,” she said. G.V. Sonna, assistant manager with IRCTC confirmed the receipt of the complaint and said that it has been sent to its Mumbai office, reported the Indian Express. However, the report quoted Sonna saying that they “have not received the evidence with the complaint so far.” He denied that the food served on the train was of inferior quality. “In the last one year, we have not received a single complaint,” Sonna said. Moreover, he also denied that there was no complaint book available in the coaches. (With inputs from agencies) 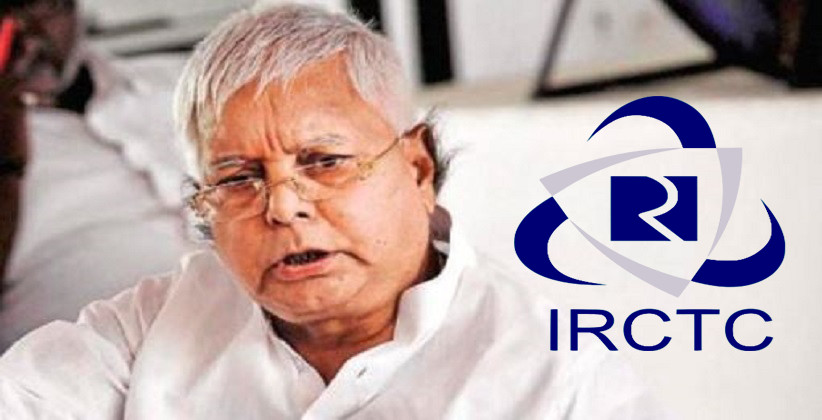 Judiciary Dec 20, 2018 Editor : Shreya Bansal ( ) 2 Shares
2 Shares
Delhi’s Patiala House Court today i.e. December 20, 2018, granted interim bail to former Bihar Chief Minister and Rashtriya Janata Dal chief Lalu Prasad Yadav in the IRCTC scam case.Yadav, who is serving a jail term in Ranchi in connection with a Fodder Scam case, was directed by Special JudgeArun Bharadwaj last month to appear via video conferencing after he had told the court that he would not be able to be physically present for the hearing due to his ill-health.The Indian Railway...
Read full post