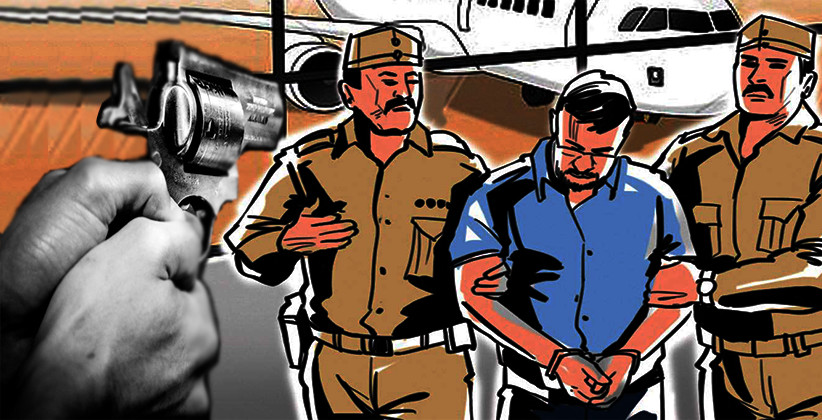 Criminals fuelled with extra oomph and confidence don't hesitate even one bit to take the law into their own hands. The fear of khaki in Delhi for a couple of years has faded.

In a most shocking incident under PS Vivek Vihar in which an SI (sub-inspector) lost his life while performing his duty. Late in the evening on May 19, 2019, a PCR call of quarrel was received by ASI Devi Sharan, he reached the spot to carry out the enquiry. He learnt that there was a quarrel between Raj Kumar, Sub-Inspector (Communication Unit) and Vijay alias Bhuri. After the quarrel, the deceased Raj Kumar reached his home and proceeded towards the only nearby Garg Hospital driving his own scooty with his daughter. On the way to Garg Hospital, Raj Kumar passed out. However, his daughter managed to take him to the hospital, where the hospital authorities suggested that he should be rushed to Max Hospital, Patparganj. On reaching Max, he was declared brought dead.

The examination of the dead body revealed a superficial cut injury below the chin and a blunt injury mark on the chest of the deceased.

"A case vide FIR No.188/19, dated 30.05.2019, under Sections 302 and 34 of the Indian Penal Code, 1860, has been registered at Police Station Vivek Vihar. The accused Vijay also known as Bhuri, a history-sheeter of PS Vivek Vihar, has been arrested in the case. Postmortem examination of the deceased has been conducted, which will reveal the exact cause of death. Further investigation is underway," Meghna Yadav DCP Shahdara briefed the press.

Crime, Police And Law Jun 11, 2021 Kartikey Garg ( Editor: Ekta Joshi ) Shares
0 Shares
On Sunday (June 6, 2021) a 31-year-old civil defence volunteer was arrested in the Sangam Vihar area of South Delhi for allegedly impersonating a Delhi Police sub-inspector and prosecuting people for violating COVID-19 norms.Suneel Kumar, a resident of Sangam Vihar, has been named as the suspect. The arrest was made while he was checking people for COVID-19 violations, according to the Delhi Police, and constable Amit arrived on the scene and checked his identity card.According to the police,...
Read full post

Crime, Police And Law Jun 08, 2021 Prachi Jain ( Editor: Ekta Joshi ) Shares
0 Shares
On June 1st 2021 Tuesday night, a 19-year-old man was allegedly stabbed to death by four youths in South Delhi’s Ambedkar Nagar. The incident took place in Bhumiya Chowk in Madangir. Police said, the diseased, Kunal, was going to a shop when the four ringed him and attacked him with knives. The police said that the accused have been arrested.CCTV footage of the incident allegedly shows the four accused taking turns to stab the victim multiple times. The victim tries to escape, but...
Read full post