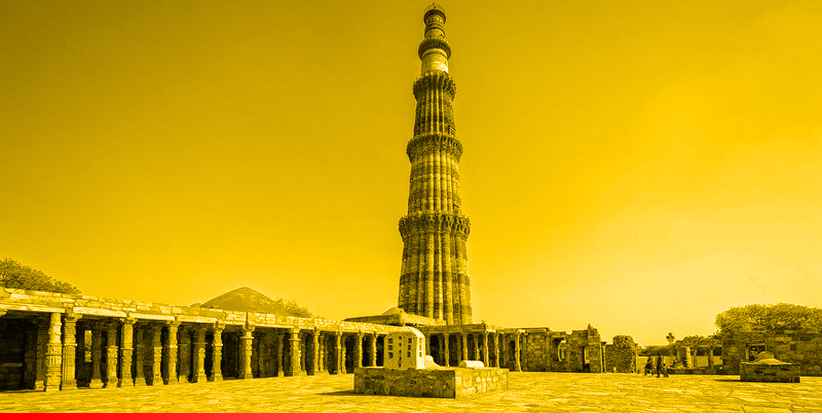 A civil suit has been filed in the South Saket Court, New Delhi seeking restoration of 27 Hindu and Jain temples with respective deities.

Further the suits seeks for issuance of direction to Central Government to frame scheme of administration and create a Trust to manage the Puja, Worship, Maintenance of the property and carry out necessary work in accordance with the provisions contained in sections 14, 16, 17, 18 and 19 of The Ancient Monuments and Archaeological Sites and Remains Act, 1958.

Section 14 of the  Act permits the Central Government to maintain the protected monument.

Section 16 of the Act permits to continue worship of the religion which may be in consonance with the character of the building.

Section 18 of the Act provides that the public shall have a right of access to any protected monument. 70.

That Section 19 of the Act provides that construction can be raised within the area protected monument only on the permission of the Central Government.

The subject matter of the present suit is as follows:

From scheme of the Act it is clear that Central Government is under legal obligation to protect an ancient and historical monument. At the same time there is provision that worship within the monument in accordance with the religious character of the building may be performed and repair works can also be carried out according to need and the public has right to enter in the premises fulfilling the conditions which may be provided in rules.

As this suit is related to the Central Government it is a mandatory provision under Section 80 of Civil Procedure Code, 1909, to sent a legal notice two months before filing any civil suit against Central Government

As per the provision notice has been sent before filing of civil suit wherein in rely it was stated that there is no provision to hand over the possession of the CPM to any Trust or else in the Ancient Monuments and Archaeological Sites and Remains Act,1958.

The suit specifically states that the present suit is to preserve and protect the religious and cultural heritage of India, and to exercise the right to religion guaranteed by Article 25 and 26 of Constitution of India which were dismantled, desecrated and damaged under the command and orders of Qutub-Din-Aibak.

The Petitioners were represented by Supreme Court Advocate Vishnu S. Jain before Civil Judge Neha Sharma, who fixed the next date of hearing on December 24, 2020.