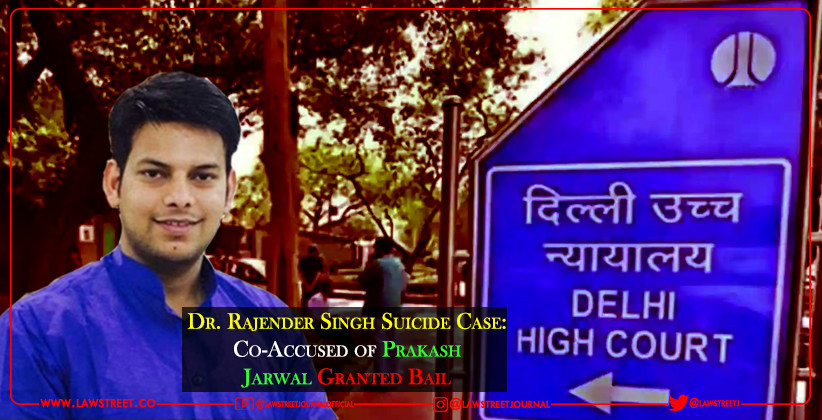 Crime, Police And Law Mar 24, 2021 Tanya Sehrawat ( Editor: Ekta Joshi ) 8 Shares
8 Shares
Kapil Nagar, co-accused with Prakash Jarwal in the suicide case of Dr Rajender Singh has been granted bail. Charges of Abetment to Suicide, Extortion by causing death or grievous hurt and Criminal Intimidation had been pressed on them under Sections 306, 386 and 506 respectively.

The bail application was filed under Sec 439, CrPC and was granted by the Additional Sessions Judge, Geetanjali Goyal.

Dr Singh had committed suicide on April 18, 2020. He left behind a note behind, accusing Nagar along with mentioning that Jarwal extorted money from water tanker owners in areas of Deoli and Sangam Vihar with the help of Nagar along with Harish Kumar. He further stated how he was pressurised by them to pay the extortion money and on failure, they disengaged his water tankers from the Jal Board.

It is to be noted that the Deceased was running water tankers in the Delhi Jal Board since 2007 and he was engaged in the illegal activity of selling water meant for the poor to the persons in the residential area of Sainik Farms. He had been exposed in the media before and was blacklisted from further running his tankers with DJB in 2016.

The Applicant was represented by Advocate Aditi Singh Drall. She submitted that her client must be granted bail as there was no doubt on him absconding. He was previously granted bail on June 24, 2020 and 15 dates were scheduled later. He attended all of those. On the question of chances of tampering with the evidence, the charge sheet in the present case had already been filed and the suicide note had already been discovered and tested by the Forensic Science Laboratory (FSL). Additionally, there had been no complaints about her client in the past 8 months, post the grant of bail to threat any witnesses. This is supported by his clean antecedents even prior to the case.

She also said that some complaints were made by the Deceased after being blacklisted in 2016 but none of them named the Applicant. He was accused of stopping the payment in the suicide note when in real he could not do so because of neither being a Government Officer nor being a member of the DJB. It was further highlighted that the main Accused, Jarwal had also been granted bail by the Delhi High Court.  Even in the complaint filed by the Deceased’s Wife, a week before his death, had no mention of the name of the Applicant. For the allegations of conversations of Jarwal with the Deceased, it was submitted that he had conversations with various other individuals pertaining to the upcoming elections.  Another noteworthy fact was presented, Rs 62 lakhs had been transferred to members of the Deceased’s family during 2019-20 as the Deceased had been blacklisted by the DJB but he even then chose to run the tankers on his family members’ name.  Additionally, there is no date present on the suicide note about when specifically, was the Deceased harassed by the Applicant demanding money or when was money given to him.

The Additional Public Prosecutor, Manoj Garg opposed the bail highlighting how grave the charges are. He submitted that the Applicant was previously granted bail merely on humanitarian grounds as his wife was unwell and not on merits. Along with this, his regular bail had been rejected. The Delhi HC had highlighted that its decision of granting bail to Jarwal must have no influence of the procedure of the Trial Court.

He further stated that there were allegations of Jarwal trying to threaten the witnesses which the Police had also taken cognisance of.  Justice Goyal took note of the arguments of both sides and decided to grant bail to the Applicant on furnishing a bond of Rs 25, 000 with one surety of like amount. 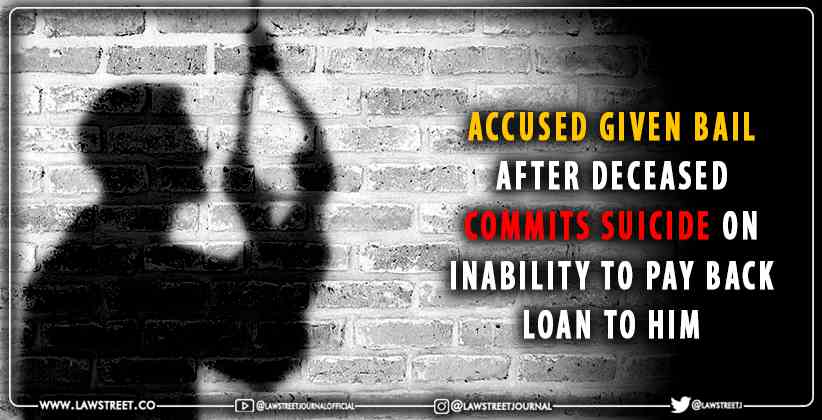 Crime, Police And Law Mar 17, 2021 Tanya Sehrawat ( Editor: Ekta Joshi ) 42 Shares
42 Shares
An accused named Pradeep was given bail on Monday (March 15, 2021) after no sufficient evidence could be found against him for abetting the suicide of the deceased. He had been in jail custody since February 23, 2021 after the son of the deceased had filed an FIR against him under Sec 306, Indian Penal Code, 1860 which is Abetment to Suicide. Pradeep was represented by Advocate Ravi Drall who helped him get bail on the submission of the security amount of Rs 50,000. Allegedly,...
Read full post 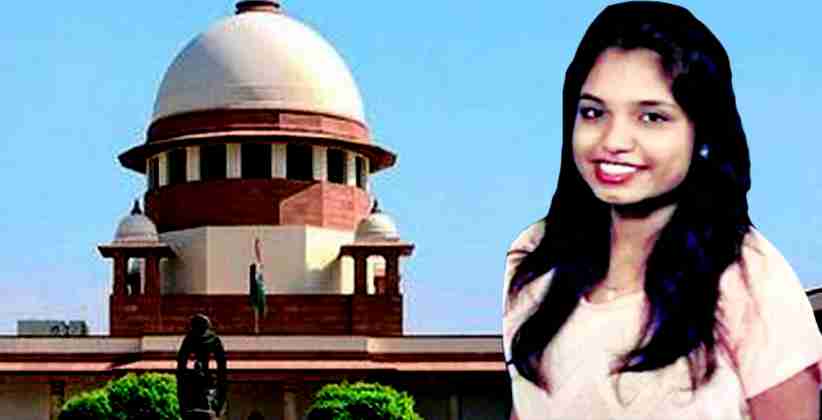