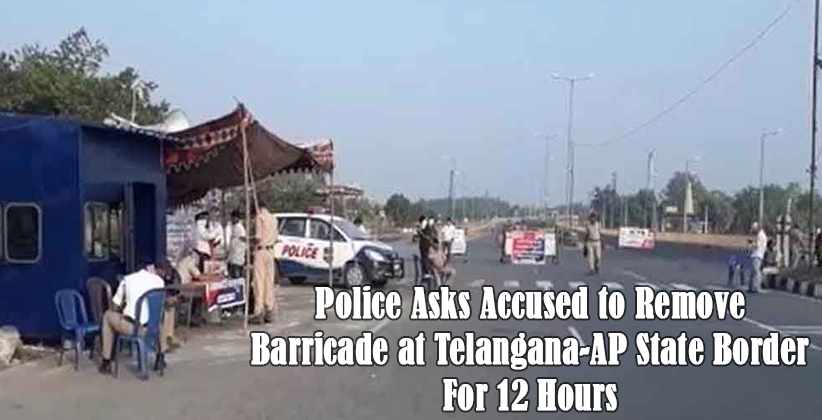 Crime, Police And Law May 28, 2020 Parth Thummar ( Editor: Ekta Joshi ) 42 Shares
42 Shares
On May 27, 2020, A PIL letter has been filed before the Telangana High Court seeking action against those police officers who had allegedly forced five persons accused of causing hurt to move the barricades at the Andhra Pradesh-Telangana border for a continuous period of 12 hours under the scorching summer heat.

A person named Baglekar Akash Kumar had written a letter and urged the Chief Justice of Telangana High Court to consider it as Public Interest Litigation (PIL). In the letter, he had drawn their lordships attention to an article reported in the columns of ‘The Hindu’ daily English Newspaper (Hyderabad Edition, Page 2) dated May 10, 2020, with title, “Police, not judges, award punishment”.

It was reported in an article that “five-accused persons in their early 20s who are charged for an offense punishable under Section – 319 (Hurt) of the Indian Penal Code, 1860 (IPC) are told by police officials of Miryalaguda rural police limits (Nalgonda District) to reach the Andhra Pradesh-Telangana border at Vadapalli and ‘move the barricades’ left and right for a continuous period of 12 hours under the scorching summer heat”.  It was further reported by quoting Inspector A. Ramesh Babu who said that, “every day five petty case accused are brought from various stations under the rural police limits. It is the fourth day. These men are involved in a simple hurt case. Moving the barricades in the sun is their punishment, they should not rest when the police are working hard. Even the SP and DSP appreciated the inspector’s initiative”.  Akash Kumar had written in the letter that nowhere under the provisions of Criminal Procedure Code, 1973, the police officers have the power to give punishment to the person who is just accused of an offense. Under our criminal jurisprudence, only the convict of any offense has to undergo punishment of ‘rigorous imprisonment’ based on the directions of the court. He had also submitted that the act of police officials amounted to a violation of fundamental rights of the accused, particularly the most cherished basic right guaranteed under Article 14, 19(1), 21, 22(1) of the Constitution of India, 1950 and rights under all International Conventions.  In his letter he had prayed that invoking its extraordinary powers under Article 226 of the Constitution, the High Court may direct the State of Telangana: -  a) To order departmental enquiry against all the errant police officers.  b) To direct the State to not compel the accused to do such acts in future. c) To direct the State to give compensation to the accused for violating their basic human rights.  d) To lay down guidelines in regard with what police officers should do while exercising its powers under Section 41A of Cr.P.C.    (S. 41. Lays down the criteria about when police can arrest accused without warrant and 41A. gives power to the police officer to issue a notice to a person (accused in cases where the arrest is not required) to appear before him or at such other place as may be specified in the notice.)   [READ ORDER]