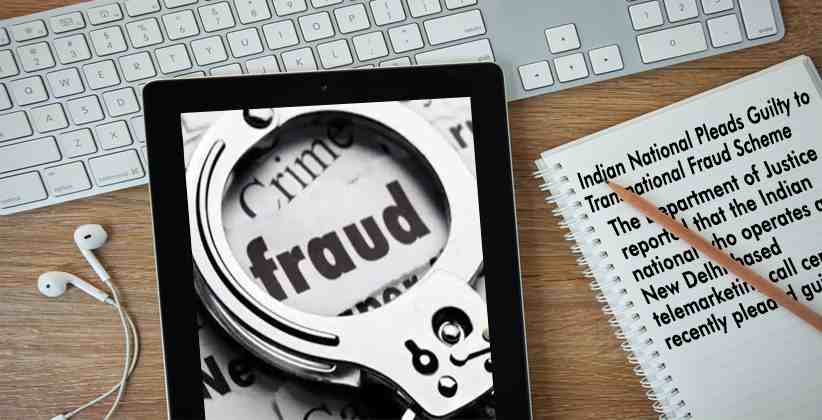 Ajay Sharma, APS Technology's director, and creator will face up to 20 years in jail, as well as USD 1,005,421 in seizure and a fine of up to USD 2,500,000. Sharma has been detained since his arrest in October 2018 and pleaded guilty via videoconference. The guilty plea was confirmed by Seth D. DuCharme, the Acting United States Attorney for the New York Eastern District. Four of Sharma's co-conspirators have already pleaded guilty, and two are scheduled for trial before District Judge Sandra Feuerstein of the United States in February 2021. According to Acting United States Attorney DuCharme, Ajay Sharma and his crew perpetrated a sprawling, transnational fraud scheme that exploited the fears of unsuspecting victims that they were running after the rule. This case makes it clear that US law enforcement will not stop at our borders to identify and actively prosecute offenders who inflict financial harm to those in the United States, whether international or domestic, he said.

Federal prosecutors have alleged that the chief and organizer of the fraud system was Sharma. The defendants threatened victims in the US between January and September 2018, working from call centers in India, by falsely pretending to be employees of the Internal Revenue Service, the Department of Social Security, or the Drug Enforcement Administration. The victims were told that they owed the US government or one of its agencies an amount of money and that if the debts were not paid immediately, they would be arrested. The funds were withdrawn and laundered into additional bank accounts after the victims transferred money to bank accounts that the defendants had opened in the names of inactive and shell companies to collect the fraud proceeds. The scheme is estimated to have netted over USD2 million from victims across the United States, the Department of Justice said.