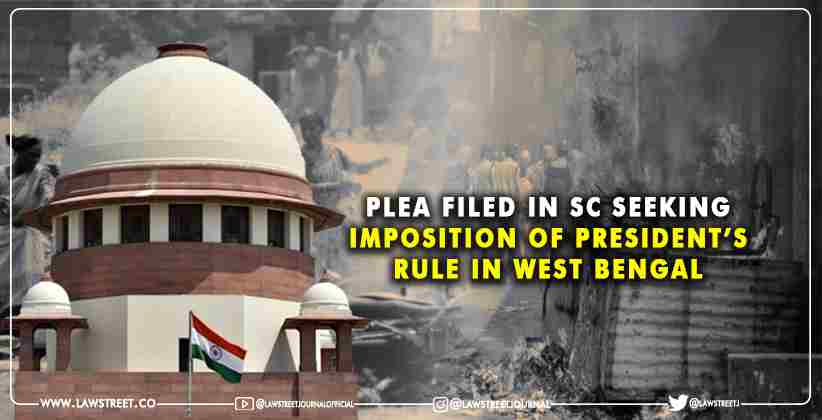 The aftermath of the election results in West Bengal portrays a horrific image of the breakdown of law and order in the state of Bengal, after several videos and images surfaced on the internet. It has brought to light the gruesomeness of violence that has broken out in the Indian state.

In the light of the ongoing acts of violence and targeted attacks, Indic Collective Trust has moved the Supreme Court seeking the imposition of President’s rule under Article 356 in the state of Bengal owing to the violence that has resulted in the breakdown of the Constitutional machinery. Recalling the origin of the violence and tracing it back to the day of the declaration of election results on May 2nd, 2021, the plea seeks relief, which the Trust says, is pertinent to the protection of the life and property of the people of West Bengal under Article 21 of the Indian Constitution that has been brazenly violated by the vendetta fueled violence of TMC supporters, who have been brutally murdering and inflicting injuries to the person and properties of the members and the supporters of the opposing parties and their families, with as many as 10 supporters of opposing parties reported to have been killed till May 3rd, 2021.

Settled by Advocate J. Sai Deepak and filed by Advocate Suvidutt M.S., the plea seeks to issue directions to the Central Government to deploy central protection forces, including armed forces, for restoration of law and order in the state of Bengal and pleaded for the constitution of a Special Investigation Team headed by a retired Supreme Court Judge to look into the involvement of politicians, if any int the violence ensuing the election results. The plea additionally seeks the issuance of direction for the arrest and prosecution of those found to be involved and responsible for the violence and the crimes.

Article 356 of the Indian Constitution deals with President’s Rule in a state in cases of failure of constitutional machinery in States, whereby the powers of the Legislatures of the states are limited and are exercised under the authority of Parliament, which in essence is sought through the plea, submitting the state to be on its way to turning into a ‘complete lawless zone’.