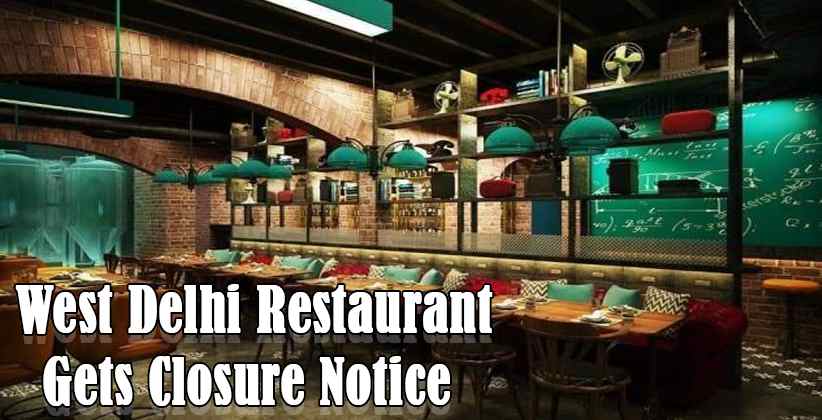 South Delhi Municipal Corporation on Wednesday ( June 10, 2020) issued a closure notice to a restaurant in Rajouri Garden which was the venue of a birthday party where social distancing norms were violated.

A senior corporation official said, “An FIR has already been registered in this connection and no health trade license will be issued to them in future.”

“The premises may also be sealed for violating the norms and guidelines issued under the Epidemic Act,” the official added.

In the closure notice issued by the deputy health officer of the west zone, it was stated that hookah, which is banned in the capital, was being served on the premises.

“You are directed to close the trade within 48 hours of the receipt of the notice, failing which further action will be taken against you under the Delhi Municipal Corporation Act, including sealing of the said premises,” the notice read.

The police said around 38 people attended the party on Monday, the day when restaurants reopened, which was organized in violation of norms issued by the government amid COVID-19 pandemic and also for not maintain social distancing norms.

A team of policemen who were on patrolling duty in that area on Monday noticed some movement near Qubitos restaurant on Najafgarh road. At around 9 pm, when they conducted a surprise check at the restaurant, they found that a birthday party was being held with 38 people where hookah was also being served.

Deputy Commissioner of Police (West) Deepak Purohit said all the owners of the restaurant were arrested and released on bail later.