Woman who Attempted Self Immolation Outside Supreme Court Succumbs to Injuries 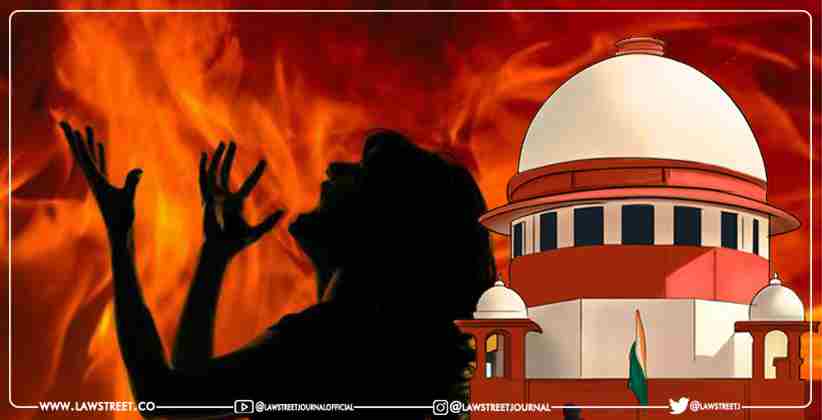 According to news reports, a 24-year-old woman who allegedly attempted suicide with a man outside the Supreme Court died on Tuesday (August 24, 2021), from her injuries after suffering 85 percent burns.

According to news sources, the 27-year-old man involved in the incident died from his injuries on Saturday ( August 21,2021), morning after suffering 65 percent burns.

Following the alleged incident, both were admitted to Ram Manohar Lohia Hospital.

The woman, a native of Uttar Pradesh's Ghazipur, was allegedly raped by Bahujan Samaj Party MP Atul Rai in 2019, according to police.

It is worth noting that before setting themselves on fire, the man and woman went live on Facebook, where she revealed her identity and claimed that she had filed a rape case against Rai in 2019. In her video, the woman also claimed that some senior officers and others were supporting the accused.

Deepak Yadav, Deputy Commissioner of Police (New Delhi), stated at the time that an investigation was underway to determine the exact reason, but it was suspected that she attempted suicide because she was afraid of being framed in a fraud case by the accused party.

In her live video, the woman also claimed that a non-bailable warrant had been issued against her by a local court in Uttar Pradesh and that she had been summoned by the judge.

In March, 2021, the woman petitioned the Supreme Court for the transfer of her rape case from Allahabad to Delhi for a fair trial, citing a threat to her life, and in August, 2021, a local court in Varanasi issued a non-bailable warrant against her in a case of forgery based on a complaint filed by the accused MP's brother.