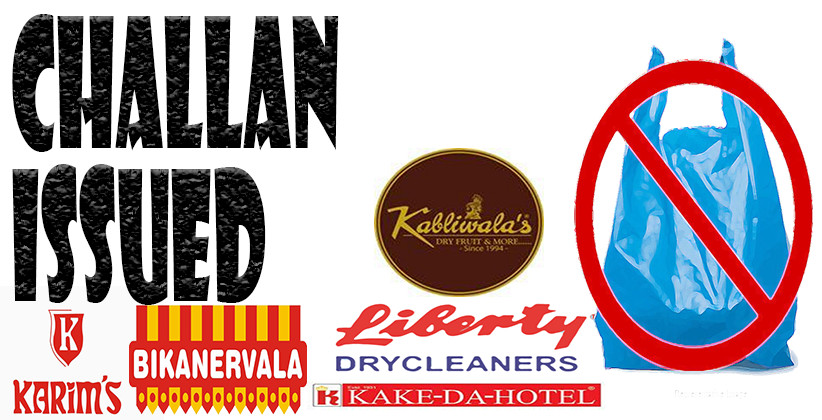 Environment Nov 07, 2019 Editor : Shreya Bansal 26 Shares
26 Shares
Noida Authority has recently issued challan against three popular restaurants - Bikanervala, Karim’s Restaurant and Kake Da Hotel for using plastic at the workplace.The authority has imposed a fine of Rs. 1 Lac, Rs 20,000 and Rs. 10,000 on Bikanervala, Karim’s Restaurant and Kake Da Hotel respectively. Challan has also been issued against Liberty Drycleaners for Rs. 20,000 and Kabliwala’s for Rs. 25,000.In the restaurant business, the use of plastic serves many purposes and plays a vital role in the consumption of food. However, irrespective of numerous positive characteristics of plastic, the material has considerable amount of negatives. Every day, many plastic items are used once and then are thrown away, generating one of the fastest growing problems for the environment. We call this “single-use plastic.” Prime Minister Narendra Modi on August 15, 2019, in his Independence Day speech called for a movement to eliminate single-use plastic in India, beginning on Gandhi Jayanti i.e., October 2, 2019. However, even after a month of the movement, restaurants, shops and small street vendors could be seen breaking the Regulations. In this unfortunate situation, the only question that remains to be asked is whether the dream of being a plastic-free nation can ever come true?