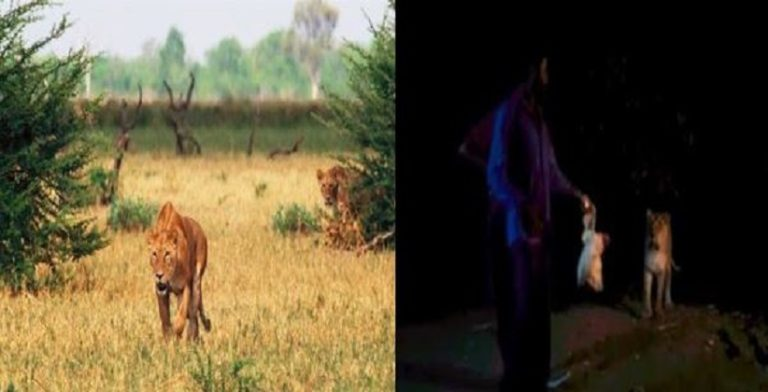 On Tuesday, (June 19th, 2018) the Gujarat Government has declared that harassing of lions which comprises acts like organizing illegal lion shows, chasing lions on vehicles or shooting illegal videos will attract serious penal action under Section 9 of the Wildlife Protection Act, 1972 and will invite imprisonment of up to seven years.

State forest minister Ganpat Vasava said "We have directed forest officials to invoke hunting charges against those who trouble the animals, hunting, according to the Act, does not mean killing alone. It applies to harassment of Schedule I animals (highest protection under the Wildlife Protection Act), such as lions and tigers. Until now, we were imposing only the section pertaining to trespassing against offenders.”

Recently, Government of Gujarat has faced criticism after series of videos showing locals pestering lions by offering them chicken or live bait as part of illegal lion shows and videos of youths chasing lions on speeding bikes and cars have gone viral.

Therefore, the government has decided to have new stations, and entry gates in different areas and wireless network will be developed for the communication between forest staff. More lion trackers will be appointed, and new recruitment in the team of forest department will also be conducted.

The minister also declared 13-point conservation plan to put a stop to the menacingly rising man-animal conflict in Asiatic lion's habitat which has a population of 523 lions as per Census 2015 spread over 22,000 sq km across 1500 villages in Gir sanctuary in Junagadh and adjacent districts of Amreli, Bhavnagar, Gir-Somnath, and Porbandar.