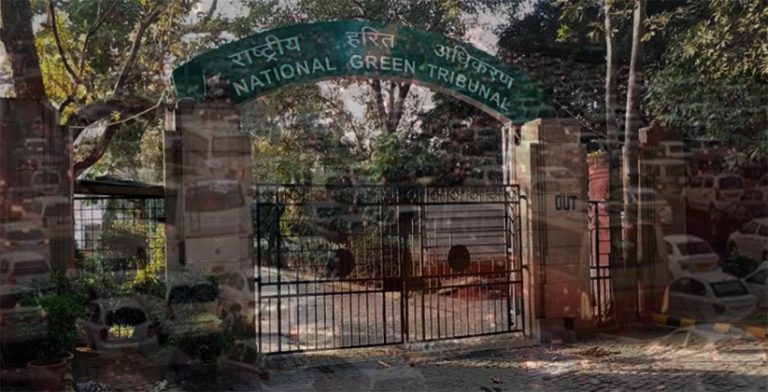 Also Read - Najafgarh Lake is a Heritage and to be protected by Delhi and Haryana Jointly: NGT

A Bench headed by NGT Chairperson Justice Adarsh Kumar Goel in a plea filed by Ajay Khera directed the depot to adopt a policy ensuring that in a phased manner, diesel vehicles stop visiting the Depot and they shift to Electric, Hybrid and CNG vehicles. The Tribunal noted that the container Depot handles about 3 lac containers every year, leading to huge road congestion and air and noise pollution especially when fuel used is diesel, apart from creating parking problems. Further, it was also noted that 10,000 trucks come to Depot every night. Many of them are 20 feet long. This affects the health of the inhabitants of the nearby congested areas.

At the hearing, the only contention put forward by the Depot was that it is not their responsibility to control the diesel vehicles and the cargo trucks visiting the depot. Dismissing the contention put forth, the Bench said that “It is the business of the Depot in connection with which the diesel vehicles are visiting. The Depot has to adopt a policy of ensuring that in a phased manner, diesel vehicles stop visiting the Depot and they shift to Electric, Hybrid and CNG vehicles. Other alternative is to limit the visit of diesel vehicles only to its satellite terminals at Dadri, Rewari, Ballabhgarh and Khatuawas or any other such terminals so that the vehicles entering Delhi are not the diesel vehicles. This is expected to be achieved in a phased manner, if not straightaway, within an upper limit of six months. Such an action plan may be filed by the Depot within one month. It is made clear that after six months, the Depot must ensure that no diesel vehicle visits the Depot which may be the condition to permit the Depot to continue to operate from the present location.” Further, the green panel also directed the Depot to furnish an action taken report on phasing out of diesel vehicles and cargo trucks and shifting to Electric, Hybrid and CNG and arranging dedicated pulling inside the complex. The matter has been posted for further consideration on May 14, 2019. Read Order

Judiciary Sep 22, 2020 Upendra Malaviya ( Editor: Ekta Joshi ) 7 Shares
7 Shares
National Green Tribunal ordered Delhi and Haryana to set up a proper plan for the protection of Najafgarh Lake. The NGT said, “In view of the fact that there is a large transboundary water body, which falls partly in Delhi and partly in Haryana, it will be appropriate that an environment-management plan is prepared by the state of Haryana and the NCT of Delhi.”The Principal bench directed the Delhi and Haryana governments to jointly prepare an environmental management plan to notify and...
Read full post