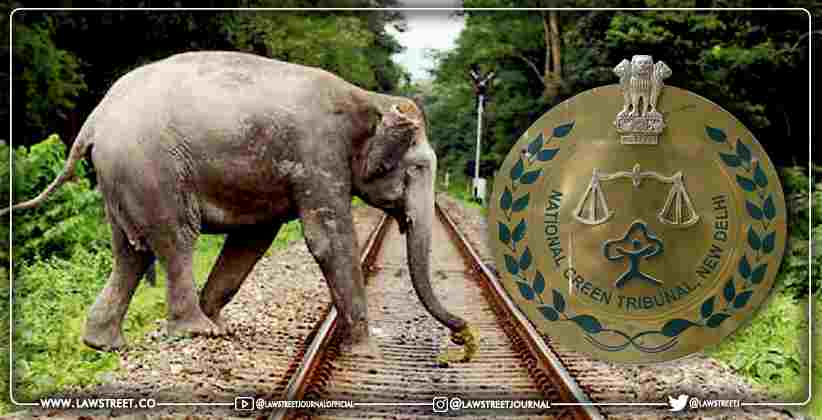 The National Green Tribunal (NGT, Principal Bench, New Delhi) initiated Suo moto proceedings on the basis of a media report which is titled “Night, early morning trains cause most elephant deaths” published in the Hindu on May 29, 2021.

The report enumerated the occurrence of frequent elephant accidents caused on railway tracks running between Kottekad, Kerala and Madukkarai, Tamil Nadu. The Tribunal issued a host of directions to the concerned authorities to implement measures urgently in order to prevent more such mishaps and secure the safety of wild elephants.

A bench headed by Justice Adarsh Kumar Goel had taken cognisance of the aforementioned media report and had issued a notice, demanding a status report from the State of Tamil Nadu.

As per the report, seven elephants have been killed between 10:00 pm – 6:00 am after being hit by trains on the ‘B’ line and one elephant had been killed on the ‘A’ line. The 'A' line runs through reserve forest for 17 km between Chullimada-Madukkarai stations and 'B' line passes through reserve forest for 23 km between Madukkarai- Kanjikode stations.

The status report provided by the State of Tamil Nadu stated that the reasons for such accidents could be attributed to the loco pilots experiencing poor visibility on the tracks and the topography being unsuitable for the elephants to escape. The status report also mentioned various measures that have been taken by the concerned authorities and the state as deportation of track watchers and anti-depredation watchers, construction of ramps and watch tower, establishment of pond to provide water to the parched animals and to minimise their movement.

An inter-ministerial meeting was also conducted on March 5, 2021, between the Railways and the Ministry of Environment, Forest and Climate Change (MoEF & CC) wherein measures such as construction of under bridges, fencing and side drains were decided to be undertaken. However, subsequently the MoEF&CC had intimated that they had failed to take these steps due to the failure in making the required payments.

Other than the previously mentioned measures, the Tribunal observed that further directions were required to prevent the occurrence of more such accidents. Accordingly, the Tribunal issued directions to the Central Monitoring Committee stating, “The Central Monitoring Committee constituted by MoEF&CC dealing with the project 'Elephant' needs to look into the issue raised in the media report in coordination with the Railway Authorities, the Wildlife Institute of India and the States of Tamil Nadu and Kerala. A joint meeting needs to be held on the subject by the Central Monitoring Committee of the MoEF&CC with the States of Tamil Nadu and Kerala and the Southern Railways within one month to work out the necessary modalities, including the authority which is to incur the necessary expenditure.”

The application was thus disposed off with the direction that a copy of the order had to be forwarded to the MoEF&CC, States of Tamil Nadu and Kerala, the General Manager, Southern Railways and the Wildlife Institute of India by e-mail.