NGT takes cognizance of rampant sand mining on the banks of Yamuna river in UP, Forms Committee to probe the matter 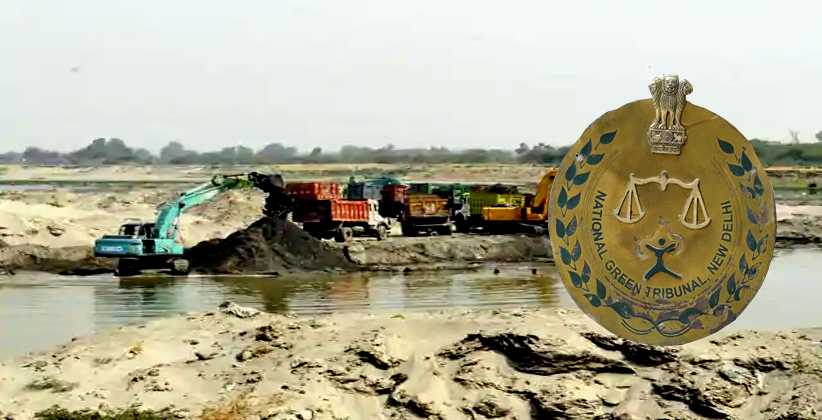 Environment Jul 22, 2020 Ayushi Wargantiwar ( Editor: Ekta Joshi ) 7 Shares
7 Shares
A Complaint has been filed regarding in-stream riverbed mining that is allegedly taking place on the banks of Yamuna river at Gumthala’s north and south blocks of Yamunanagar and near Nangla Rai village of Kairana block in UP’s Shamli.

A farmer Kiran Pal Rana filed the complaint before NGT which issued directions to the Haryana government and formed a joint committee under the Central pollution control board (CPCB) to probe into the matter.  The complaint claimed that illegal mining activities are being carried out by the mining mafia during the lockdown due to a lack of action by the authorities. This violates the guidelines issued under the Environment Protection Act,1986, and sustainable sand mining guidelines issued by the Ministry of Environment, Forest, and Climate Change. “The illegal mining activities have changed the course of the river as the miners have created embankments to stop the flow besides building illegal bridges on the river,” he added.

“In the last two years, six children have died by falling in deep mining pits in Yamunanagar, Panipat, and Shamli. The miners have illegally excavated about 50 acres in Tajewala village and sold material worth around ₹155 crores, causing a revenue loss of around ₹21 crores to the exchequer,” the complainant further said. Reacting to the NGT orders, Haryana state pollution control board member secretary S Narayanan said, “Directions in this regard have been issued and the state pollution control board will comply with the orders of the green tribunal.” The NGT has directed the complainant to serve documents to CPCB, the Haryana pollution control board, and the Yamunanagar district magistrate within two weeks. The Committee so formed should furnish actual and action is taken report within three weeks before the next hearing date i.e. 6th January 2021.