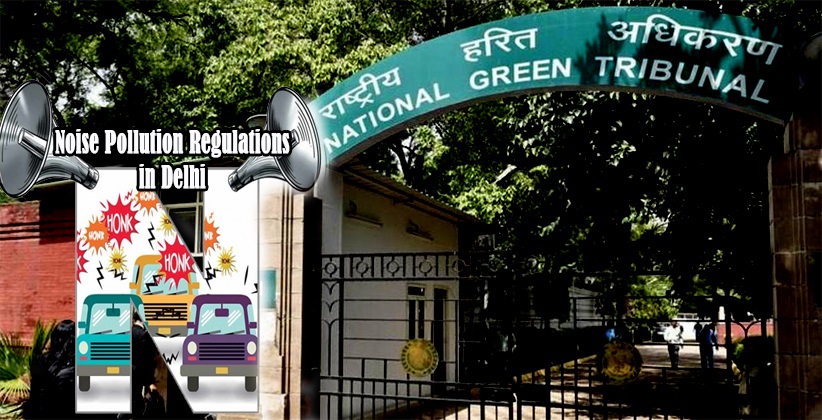 The National Green Tribunal (NGT) in an order dated 11th August 2020 has cleared severe penalties for breaching noise emission regulations, suggested by the Central Pollution Control Board, which could go up to ₹1 lakh.

On June 12, the CPCB had submitted a report to the tribunal suggesting penalties for various violations. According to the report, for misuse of loudspeakers and public address system, a fine of ₹10,000 will be charged along with the equipment seizure. Noise emissions from diesel generators with a capacity of more than 1000 KVA will subject to a penalty of ₹1 lakh, and sealing the equipment. Noise over allowed rates at construction sites will attract a fine of ₹50,000 and seizure of the equipment.

The permissible noise levels for residential areas is 55 decibels [dB (A)] during the day & 45 dB(A) at night. The standards for industrial areas are 75 dB (A) during the day & 70 dB (A) at night. The report also states that, in case of repeated violation within a fixed premise, the penalty will be doubled to ₹20,000 and for more than two repeated instances the defaulter will incur a penalty of ₹1 lakh & seizure of premises.

For silence zones such as hospitals & educational institutions, the permissible noise limit during day time is 50 dB (A) & 40dB (A) during the night. Bursting crackers in a residential area and a silence zone can provoke to a fine of ₹1,000 for & ₹3,000 respectively while during public rally or procession the same would be subject to a penalty of ₹10,000 for residential & ₹20,000 for silence zones.

NGT Chairman Justice A.K. Goel said, “We are of the view that the compensation scale laid down by the CPCB for defaulters may be enforced throughout India. The CPCB may issue appropriate statutory orders for the purpose of being complied with in all States/UTs.”

Further, Justice Goel also ordered to appoint a monitoring committee headed by retired HC Judge S.P. Garg along with other representatives from the Delhi Pollution Control Committee (DPCC), Delhi Police & the Delhi chief secretary as its members to ensure compliance of noise pollution norms in Delhi. “The committee may seek assistance from experts or other public institutions & submit a report before the next hearing,” he added in his order.

Omesh Saigal, Ex-Delhi Chief Secretary & a petitioner in the noise pollution matter, said, “It is an important step & may create a deterrent. But the important bit is the enforcement of the order. Each time an order is passed, it lacks enforcement. If implemented well, it can create public consciousness that noise pollution is actually harmful to health & help bring a positive change”.