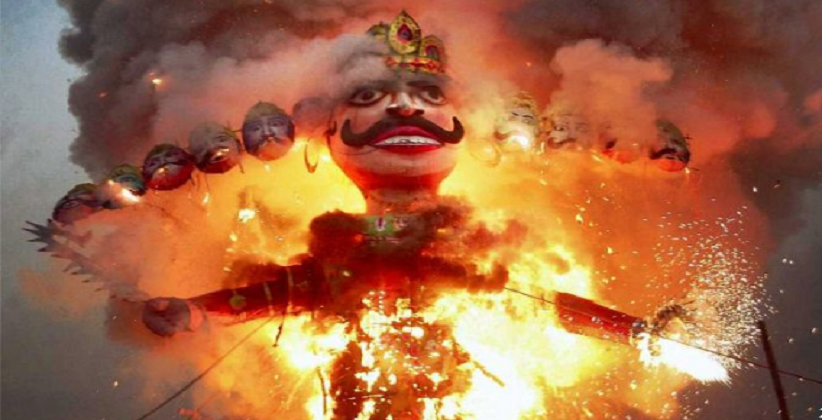 The Delhi High Court on October 16, 2018, directed the Centre and the Delhi government to hold consultations to frame a policy to regulate the burning of Ravana effigies during Dussehra.

A Bench of Justices S. Ravindra Bhat and A.K. Chawla passed the direction on a petition filed by K.K. Rai an auto driver seeking directions to the authorities to prevent large-scale unregulated burning of effigies in the Capital.

“You [Centre and the Delhi government] do not want the people to breathe in the Ravana as well. You must regulate it [burning of effigies]. Else, why 10,000 effigies, you can have as many Ravanas as there are in the society,” the Bench said.

“Come up with a regulation that you can have it only in a certain designated area of a specified size. There has to be some regulation,” the Bench added.

The petitioner, who hails from Bihar’s Chhapra, claimed that in his district only one Ravana effigy was burnt but here in the Capital more than 10,000 are set on fire every year.

The Bench agreed with the petitioner’s claim, however, said that he has come at the eleventh hour and no directions can be passed to regulate the burning of effigies this year. “You [government] come up with a policy necessary to regulate them [for next year],” the Bench said.

Further, the Bench asked both the Delhi government and the Centre to file affidavits before the next date of hearing on November 22, 2018, indicating the steps taken by them to come out with the policy.

Centre and the Delhi government