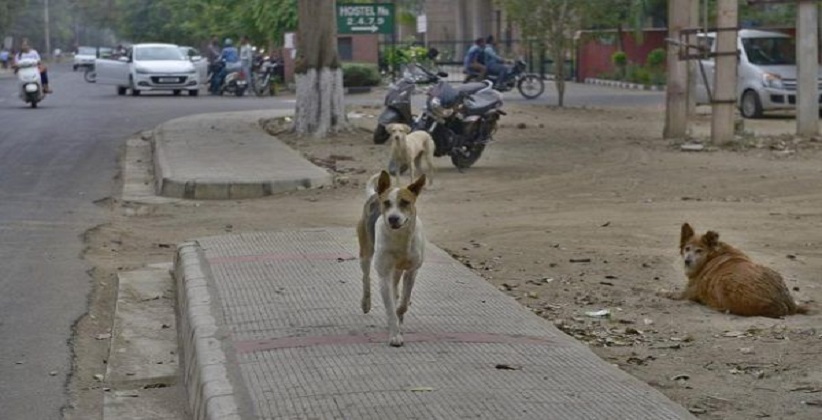 With the growing population and shrinking grasslands and forest space in India, the conflict between the man-animal is on a significant rise.

In the most recent and shocking incident, three children in separate incidents in Khairabad area of Sitapur district in Uttar Pradesh have been killed by groups of feral dogs. According to the police, the total number of children killed by dogs is nine during the past six months as earlier these dogs used to feed on animal remains thrown away by those slaughterhouses within the vicinity but now in search of (food) after those slaughterhouses got closed or shifted to other areas, dogs have resorted to killing children out of desperation and hunger.

It has been confirmed by the SHO of Khairabad police station that two girls aged 11 and 12, and a 12-year-old boy got killed by dogs in Tikaria, Kholia, and Gurpulia villages. There are not less than 100 dogs who run freely within the radius of eight kilometers from Khairabad, which is 80 km north-west of Lucknow.  However, the residents said that around 15 children had been killed by such dogs and many adults have also been injured by them. Adding to this list, two more children aged seven and ten, got killed by dog packs on May 04, 2018 in two separate cases within the same district of Sitapur.

Earlier this year, a six-year-old girl was mauled by stray dogs in an upscale residential colony in sector 100 of Noida in which she received deep wounds and got admitted in Yatharth Hospital, sector 110, Noida for surgeries. In August 2017, another heart-wrenching incident happened in which a woman's dead body was partially eaten by stray dogs at Ram Manohar Lohia Hospital in Lucknow as the dogs somehow gained entry inside the morgue and chewed almost the entire head and other parts of the body which left it unrecognizable.

Speaking about Delhi, the capital had witnessed over 40,000 cases of dog bites last year alone, translated to over 200 cases daily or nine cases every hour. Even the work of sterilizing dogs has been mostly outsourced to NGOs, who charge Rs 500-750 per dog. The above figures are clearly indicating that the authorities are not doing their assigned job wisely or pro-actively. Moreover, it is not a headache of one city but almost every state and city.

Certainly, neither all those children who have been killed by dogs got justice for their uncertain deaths, nor their parents received any compensation from the government. Indeed, we cannot blame those dogs for these brutal murders of children, but a legal action should be taken against the responsible authorities.