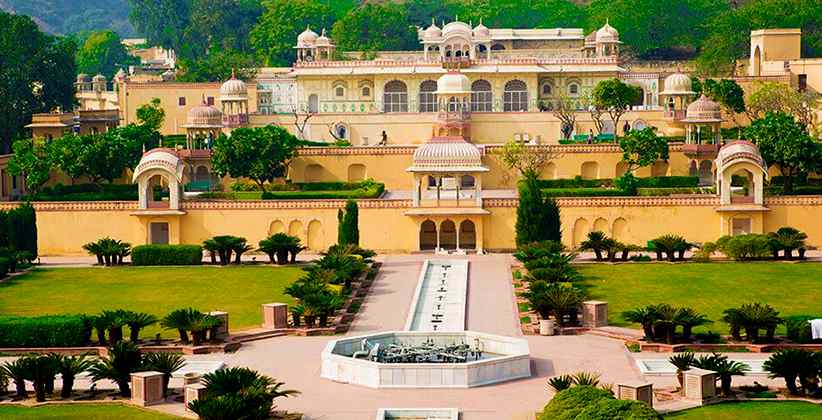 Environment May 13, 2020 Parth Thummar ( ) 5 Shares
5 Shares
Aggrieved by the judgment and order of the National Green Tribunal, Central Zonal, Bhopal passed on November 05, 2014, whereby it had imposed a complete ban on all the activities in the “Sisodia Rani ka Bagh”, an 18th-century historical site near Jaipur, Rajasthan (hereinafter Monument), the appellant had appealed to the SC, for which the division bench comprising Justices Arun Mishra and S. Ravindra Bhat has pronounced its verdict on May 11, 2020, in the matter of “the Director, Department of Archaeology and Museums, Jaipur and Anr. v. Ashish Gautam and Ors.”

The Bench vacated the ban and proceeded to pass several guidelines. It also proposed that it will monitor beautification and further developmental work of the garden itself. The Court in its verdict dated May 11, 2020 noted:

“….it ('Sisodia Rani Ka Bagh’) has historical importance and is entirely enclosed by a pakka structure. It does not disturb the forest area though the Monument may be recorded as forest. It would not be appropriate to permit the use of the Monument to hold various functions during the night after 8.00 P.M. The tourist timings are 8.00 A.M. to 8.00 P.M. During that time, considering the importance of the historical Monument and it is in encircled structure by a wall and its potentiality there cannot be any objection for its being used for multipurpose appropriate activities. At the same time, there is in place a noise restriction, the same has to be strictly observed.”   Background of the Case: On February 08, 2020, the Department of Art, Literature, Culture, and Archaeology had declared “Sisodia Rani ka Bagh” as protected vide notification. Thereafter, the Rajasthan General Development Department had transferred the Monument for supervision to the Department of Archaeological and Museums.  Ceremonies like marriage and other events used to be held in the Monument for which certain conditions were specified later.  One Ashish Gautam filed a writ petition before the High Court of Rajasthan by way of Public Interest Litigation, praying to issue appropriate directions about the safety and security of the wildlife in the Reserve Forest Area and further directions for restraining the use of laser lights, loud music and fireworks in the Monument.  The High Court of Rajasthan had thereafter transferred the matter to the NGT. By way of impugned judgment and order, the Tribunal had held that the Monument is part of the forest area and directed that no permission should be granted to organize social functions like marriages, etc. and for the use of fireworks, loud music in the Monument. Defendant Department of Archaeology and Museums, Jaipur had filed an appealed before the SC.  To this, the Appellants argued before the SC that the blanket prohibition imposed would adversely affect State tourism and render the entire Monument of no use. Allowing the appeal, the bench passed the following directions: (i) The Monument may be used for appropriate multipurpose activities between 8.00 A.M. to 8.00 P.M. only. No activity to be permitted after 8.00 P.M. (ii) The use of laser lights, loud music, and fireworks is ordered to be completely restrained. (iii) Musical and other fountains to be maintained and to be kept in working order. (iv) Other conditions imposed by the Department be observed strictly. (v) Let requisite supervisory and other staff/gardeners, etc. be dedicated to maintain and look after the area. (vi) We direct that a Consultant be appointed for further beautification of the area and requisite horticultural development and an additional project plan be prepared and placed on record.

Judiciary Nov 09, 2020 Pavitra Shetty ( Editor: Ekta Joshi ) 15 Shares
15 Shares
The National Green Tribunal (NGT) was hearing a suo motu plea initiation during the hearing on an application, filed by the Indian Social Responsibility Network through Santosh Gupta, who raised the issue of air pollution by the use of firecrackers in NCR at a time when air quality is at a 'very poor' level and the potential of worsening the COVID-19 pandemic. In a bid to prevent the COVID-19 pandemic from worsening owing to poor air quality, the National Green Tribunal on Monday imposed a...
Read full post

Judiciary Nov 05, 2020 Neha Bharti ( Editor: Ekta Joshi ) 6 Shares
6 Shares
National Green Tribunal has decided to consider measures for improving the air quality in as many as eighteen States and Union Territory in addition to Delhi NCR. The bench on November 4, 2020 headed by National Green Tribunal Chairperson Justice Adarsh Kumar Goel has decided to expand the scope of proceedings in a batch of petitions seeking remedial action against pollution by use of fire crackers in NCR. The Tribunal has said that "The scope of proceeding may need to be extended beyond...
Read full post