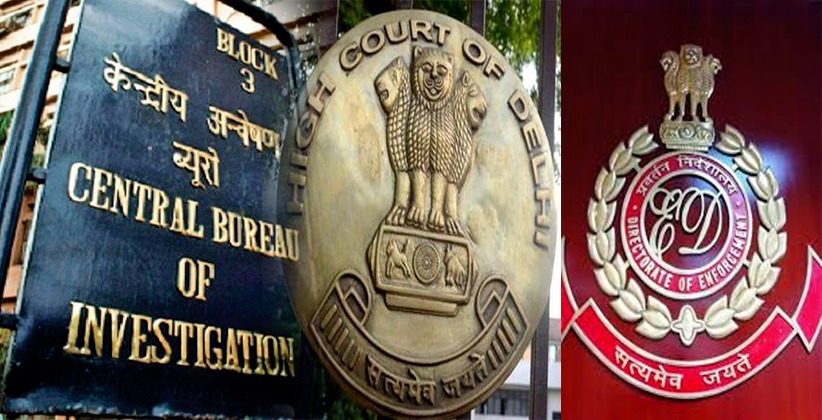 Executive Sep 02, 2020 Rhea Banerjee ( Editor: Ekta Joshi ) 8 Shares
8 Shares
The CBI and Enforcement Directorate (ED) approached the Delhi High Court moving their applications for seeking early hearing of the 2G spectrum case on September 10, 2020. The bench comprised of a single Judge, Justice Brijesh Sethi who directed the agencies (CBI & ED) to send a copy of their application to all the respondents respectively before the next hearing.

Prior to this application, the Court had permitted the Enforcement Directorate (ED) to move an application that asked for an urgent hearing on Leave to Appeal field against the acquittal of A Raja and others involved in the 2G Spectrum case. The Court will also hear a plea by a firm that was acquitted in the 2G scam with regard to money laundering for release of its properties worth Rs 22 crore attached by the ED.  In the previous hearing, ASG Sanjay Jain appearing for ED informed the Court that he had presented his arguments already in the Leave to Appeal in the CBI matter and the Respondents had also started submitting their replies before the normal proceedings of the Court had to be suspended due to Covid-19 lockdown. The ASG further contended that since the concerned Judge has been listening to the case for so long, is going to retire soon in November 2020, so it would be appreciated if the hearing of the cases is accelerated. Mr. Jain also asked the Court to list the hearing at least 3-4 times a week for 2-3 hours each.

He mentioned that “one of the biggest trials were conducted as per the guidelines of the Apex Court at the large expense of public exchequer. Therefore, the case is a matter of public interest and it can be served only if the matter reaches its logical conclusion. Any further delay in this matter would cause a burden to the public exchequer.” Mr. Jain has also specified that he doesn’t mind filing replies to the applications submitted by the Respondents, however, those applications should only be entertained once they have the appropriate conclusion to the hearing on Leave to Appeal.  In December 2017, Raja, DMK MP Kanimozhi, and 17 others alleged for the 2G Spectrum case were acquitted by a Special CBI Judge in both the CBI & ED cases. Some of those acquitted persons who were released M Karunanidhi’s wife Dayalu Ammal, Vinod Goenka, Asif Balwa, film producer Karim Morani, P Amirtham, and Sharad Kumar, Director of Kalaignar TV in the ED case.  The same day Trial Court had acquitted Siddharth Behura (former telecom secretary), R K Chandolia (Raja’s private secretary), Unitech Ltd MD Sanjay Chandra, and 3 top executives of Reliance Anil Dhirubhai Ambani Group (RADAG)- Gautam Doshi, Surendra Pipara and Hari Nair in the CBI’s 2G case.  The Special Judge was of the opinion that the prosecution had “miserably failed” to prove their allegations against the arrested persons. Thus, both ED and CBI together have appealed to Delhi High Court challenging the acquittal of the accused persons.