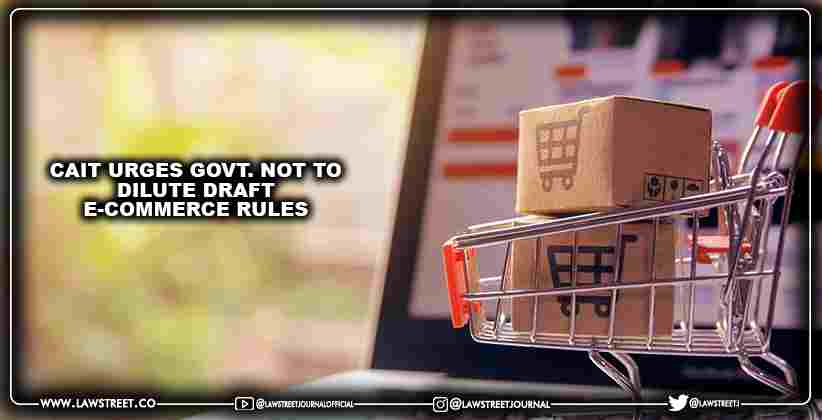 Domestic traders' body Confederation of All India Traders CAIT on June 27th 2021, Sunday urged the government not to dilute the draft of e-commerce rules under any pressure of foreign-funded online firms. In a communication to Prime Minister Narendra Modi, the Confederation of All India Traders (CAIT) said it has been observed that voices of terming the rules as stringent is being created.

"In the wake of expected pressure tactics of foreign-funded e-commerce companies against the draft of e-commerce rules… (we urged) him (prime minister) to ensure that no dilution is made in draft of e-commerce rules under any pressure," CAIT said in a statement. The draft rules after examining the suggestions and objections should be notified without any further delay, " CAIT added.

It alleged that unethical and law violating business practices of foreign-funded e-commerce companies has forced the closure of a large number of shops in the country.

"Traders of India are not against e-commerce but are of the considered opinion that e-commerce is the most promising business avenue of the future, and traders should also adopt it as a stream of their business besides conducting business activities in their physical shops," CAIT said.

Nangia Andersen LLP Partner Sandeep Jhunjhunwala said the proposed rules like the appointment of a chief compliance officer, a nodal contact person, and a resident grievance officer may go a long way in protecting consumer interests but could create a "massive" compliance burden on corporations, especially those operating from outside India.

"Currently, the rules neither provide any threshold for applicability nor any timelines or validity for DPIIT (Department for Promotion of Industry and Internal Trade) registration, becoming onerous for emerging companies,"Jhunjhunwala said.

Appointing employees in India may also increase the exposure of creating a permanent establishment in India for foreign companies, Andersen added. Miss-selling of goods and flash sales have been strictly prohibited. Although these terms have been defined under the rules, they are subjective and open to interpretation.

"Therefore, each e-commerce entity will have to study the rules considering specific facts and circumstances to determine whether or not they are compliant with the law," Jhunjhunwala added. 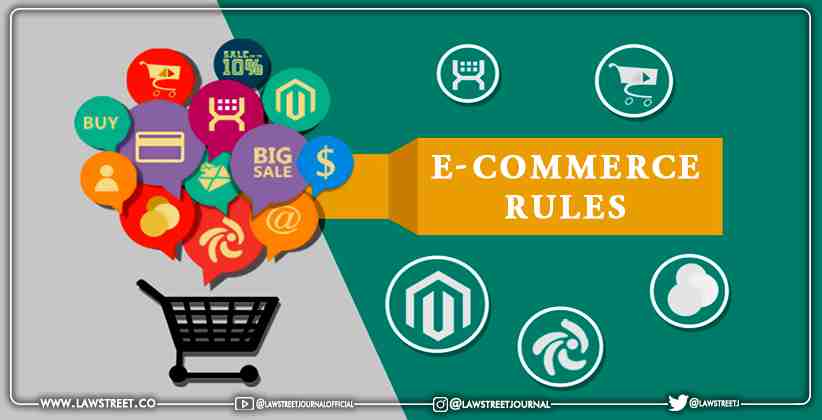 Executive Jul 08, 2021 Rashbana Thansi ( Editor: Ekta Joshi ) Shares
0 Shares
On Monday (05/06/2021), the Government once again delayed the implementation of new e-commerce rules after it accepted the request from some industry associations as well as e-commerce giants for an extension of the deadline for sending in their comments on the draft rules by  July 21. Earlier the last date for public comments on proposed amendments to the Consumer Protection(E-Commerce)Rules,2020 was July 6.A government notice said that "It has now been decided to extend the timeline...
Read full post

Central Govt. permits import of Oxygen Concentrators through e-commerce website, post, and courier for personal use under the gift category [READ NOTIFICATION] 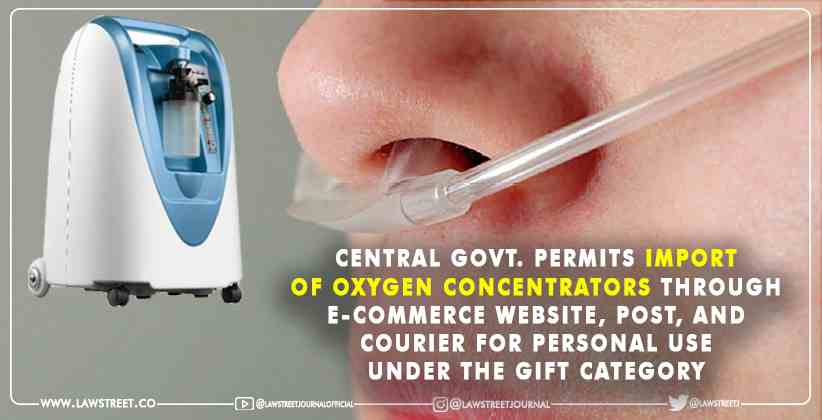 Executive May 01, 2021 Shreyas Nair ( Editor: Ekta Joshi ) Shares
0 Shares
In response to an increase in COVID-19 cases in the region, the Central government had allowed the import of oxygen concentrators for personal use through post, courier, or e-commerce portals under the gift category on Friday, April 30, 2021.As per a notification from the Directorate General of Foreign Trade, the allowance for oxygen concentrators is only valid for individual use until (July 31, 2021). (DGFT). A device that concentrates oxygen from ambient air is known as an oxygen...
Read full post