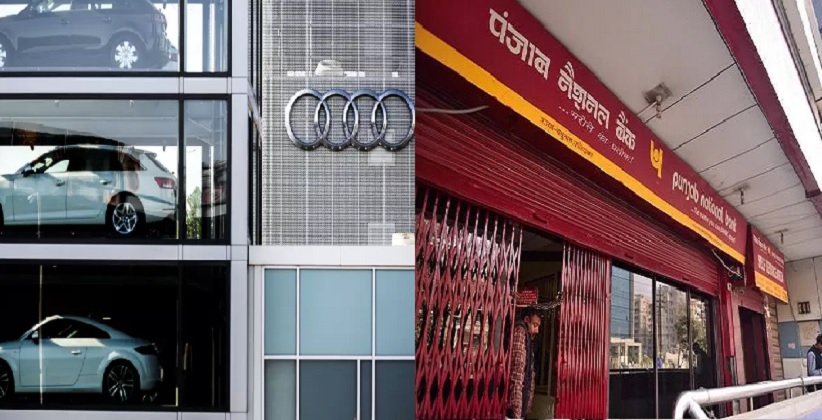 The Department of Financial Services has issued a notice to the heads of all PSBs directing them to make a reduction of 20 percent in their expenditure pertaining to non-core business operations.

The advisory comes days after state-owned Punjab National Bank purchased 3 Audis worth Rs. 1.34 crore for commotion purposes of its top officials. The luxury cars were bought for its managing director and two senior executives. The decision, taken during the difficult times of the COVID pandemic, invited much criticism.

The letter, signed by Mr. AK Ghosh, has advised PSBs to observe deferment of avoidable expenditures. “In the context of COVID-19 pandemic, it is necessary that banks take appropriate measures to ensure productive use of their financial resources for core business activities,” it read.

“Expenditure that can be deferred without adversely impacting business operations may be deferred beyond the current financial year,

such as expenditure on purchase of staff cars except where unavoidable, expenditure on decorative non-functional items for the interiors in non-customer facing premises like administrative officers and back offices, and refurbishment of guest houses,” the letter read.

The advisory, without mentioning PNB, said, “The bank board’s executive committee/ management committee may review the composition of the existing fleet of vehicles engaged on hire while taking into account functional imperatives, profitability and the cost-to-income ratio of the bank’s operations and the occupancy level of guest houses.”

Apart from this, the Department of Financial Services directed the banks to revise entitlements and perquisites, such as entitlements to fixed assets like vehicles and furniture and lease and rent amounts admissible for hired residential accommodations. It also asked the banks to take up discussions over the advisory at their respective board meetings, and “issue appropriate instructions internally,” ensuring that they give “effect to this advisory in letter and spirit.”

Punjab National Bank’s board accepted a proposal to increase the cost of cars being purchased by its top officials. This decision was taken before the merger took place between the Oriental Bank of Commerce, United Bank of India, and PNB. The upper limit of the cost of a single car was raised from Rs 15 lakh to Rs 35 lakh for the Managing Director and Chief Executive Officer and from Rs 12 lakh to Rs 30 lakh for Executive Directors, exclusive of taxes applicable.

In its stern diktat, the DFS stated that “the economy in expenditure to the tune of 20 percent year-on-year or more may be affected on activities or heads of expenditure such as entertainment and publicity, by making efficacious use of social media and press releases, and pooling resources with other PSBs for common publicity campaigns where appropriate.” Besides, it has also directed banks to avoid travel and adopt digital means of communication as well as make effective use of locally available administrative officers.

Earlier this month, the Finance Ministry said that there is a need to use resources prudently in these difficult times. In addition to this, the ministry asked all other ministries and departments not to initiate new schemes in the current fiscal year. Schemes that have already been approved will remain suspended till 31 March 2020, or further orders.