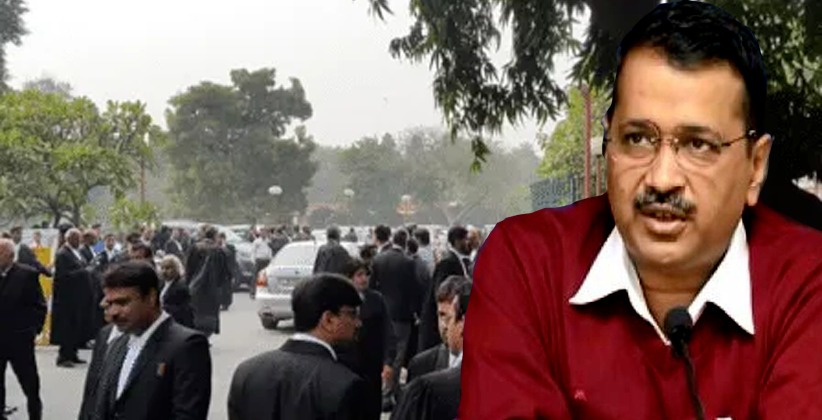 Executive Aug 17, 2020 Shreedhara Purohit ( Editor: Ekta Joshi ) 4 Shares
4 Shares
On August 13, 2020, the Delhi High Court said timely issuance of insurance policies is extremely important, especially for members of the legal fraternity, in times of COVID-19 pandemic. The high court made the observation on being informed that all the bids received by various insurance companies for issuing group medi-claim and life insurance policies for advocates have been rejected.

Justice Prathiba M Singh directed a Technical Evaluation Committee under the Delhi Government to hold negotiations with three companies, The New India Assurance, Oriental Insurance, and National Insurance, for the purposes of issuing group medi-claim policies for Delhi advocates under the CM Advocates' Welfare Scheme. For issuing life insurance, the high court directed the committee to hold a meeting with Life Insurance Corporation of India (LIC) and finalize the terms of the policies, and then it will issue policies to Delhi-based lawyers till the age of 74 years. The order was passed by a Single Judge Bench of Justice Prathiba M Singh in the petition filed by Bar Council of Delhi (BCD) concerning the implementation of the CM Advocates' Welfare Scheme.

The Delhi High Court directed the Delhi Government to take all steps required for the immediate procurement of insurance policies for the advocates whose names have been verified by the Bar Council of Delhi under the ‘CM Advocates Welfare Scheme’. The high court was hearing a petition by the BCD, filed through Senior Advocate Kailash Vasdev and BCD Chairman KC Mittal, concerning the implementation of the CM Advocates' Welfare Scheme. Delhi Government was represented by Senior Advocate Rajiv Nayar and Additional Standing Counsel Stayakam. The Order asked the Bar Council of Delhi (BCD) to inform the court about the lawyers who are above the age of 74 years so that the court can look for methods to include them in other policies.  "It needs no emphasis that considering the pandemic, timely issuance of insurance policies is extremely important, especially for members of the legal fraternity. The scheme is already floated by the Delhi government and it has to bear fruition and cannot be allowed to be rendered ineffective," Justice Prathiba M Singh said. The high court raised concerns on the excessive delay in issuance of policies and mentioned that inspection review of the bidders showed that these companies are the largest insurance companies in the country and have a high standing in the market. Pursuant to the high court's earlier order, tender notice was issued by the Delhi Government for acquiring the insurance schemes for lawyers. The Delhi Government in its status report informed the Delhi High Court that although The New India Assurance, Oriental Insurance, and National Insurance have submitted their bids for group medi-claim pursuant to the tender, it was found that in terms of the notice they were not qualified. It mentioned that these three insurance companies had failed to produce documents with respect to their experience and Rs 35 lakh security amount. For life insurance, only one company i.e. LIC came forward with the bid, and thus, the bid was not "technically qualified", the Court was informed. Raising concerns of delay and in view of the fact that all applicant companies had a high standing in the market, BCD urged the Court to direct Delhi Government to go ahead with the process in spite of technical shortfalls. The Court also agreed with the submissions made by BCD and stated, “the Court is of the opinion that rejection of bid would result in further delay in (implementing) the scheme. Considering the pandemic, the timely issuance of the policy is important. The same has to bear fruition and cannot be allowed to be rendered ineffective.” Consequently, the Delhi High Court ordered The New India Assurance, Oriental Insurance, and National Insurance to appear before the Technical Evaluation Committee on the designated date and time. The high court also directed the Technical Evaluation Committee to conduct negotiations within the "broad parameters of the notice inviting tender", except for the two conditions pertaining to experience documents and security amount. It mentioned that the committee has the choice to choose the bid of any one insurance company or divide it amongst two or more parties. After the decision of the committee is approved by the Cabinet of the Delhi Government, the report is placed before the high court. According to the BCD's petition, there are 37,135 lawyers who are registered voters in Delhi and of these 29,098 are on the BCD's rolls and have been verified by it. It has said that vide cabinet decision of December 17, 2019, Delhi government decided to provide medical insurance of Rs five lakh and term insurance of Rs 10 lakh to the Delhi based lawyers under the Chief Minister Advocates Welfare Scheme.  The petition claimed that no scheme was made available in 2019-20 and even during the COVID-19 crisis nothing was done. The matter would be heard next on August 28,2020. 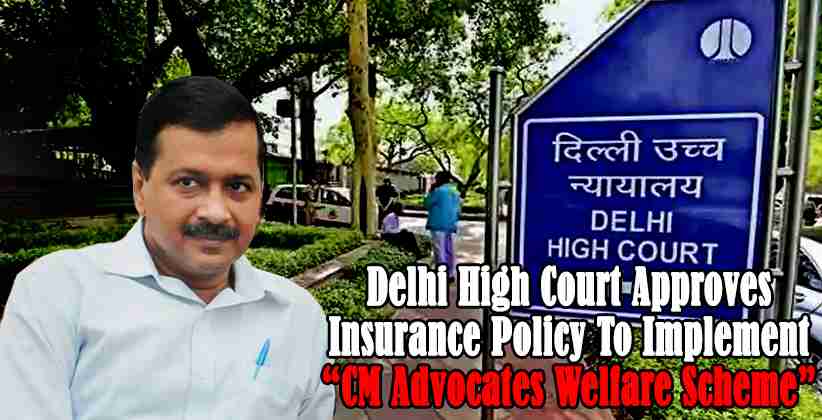 Judiciary Oct 09, 2020 RHEA BANERJEE ( Editor: Ekta Joshi ) 180 Shares
180 Shares
Delhi High Court has finally approved the insurance policy as decided by the Delhi Government along with the assistance of the Bar Council of Delhi, to implement the “Chief Minister Advocates Welfare Scheme”. The Single Bench of Judge Prathiba M Singh heard the matter and gave her approval for the policy which was providing medical and life insurance to 29077 advocates residing in Delhi. Last year in December, the Delhi government had constituted the Committee headed by...
Read full post