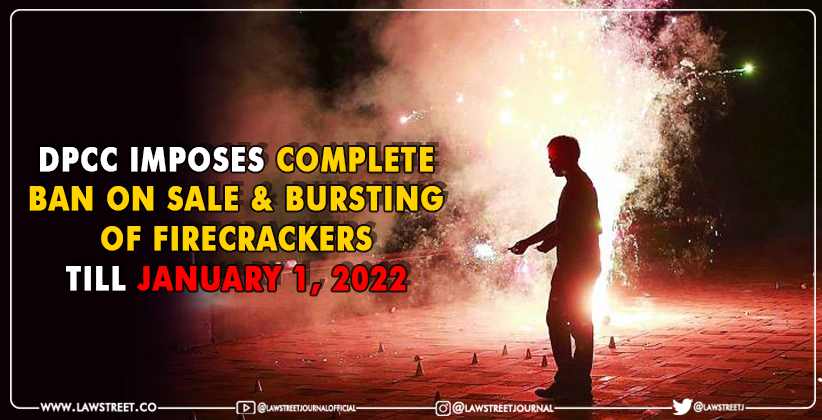 The Delhi Pollution Control Committee (DPCC) on Tuesday ( September 28, 2021) banned the sale and bursting of firecrackers in the national capital until January 1, 2022, in an effort to reduce high air pollution. The DPCC stated that it is planning a comprehensive programme for the prevention, control, and abatement of air pollution, citing a directive from the National Green Tribunal.

"Sale of all types of firecrackers in the territory of the NCT of Delhi until January 1, 2022," the order states.

This Diwali, the Delhi government has already announced a ban on the sale, use, and storage of firecrackers in the national capital. Chief Minister Arvind Kejriwal announced the ban in a series of tweets, citing deteriorating air quality over the last three years.

“Last year, the complete ban was imposed late, in response to the city's rising pollution levels. Traders had already purchased stock as a result of this, and they were forced to accept losses. Traders are asked not to stock up on crackers this time,” he had tweeted.

During the winter season, the particulate matter concentration, PM2.5 and PM10, exceeds the prescribed standards, causing a significant drop in Delhi's air quality. Pollutants from adjacent states' stubble burning, vehicular pollution, and particulate matter from construction work all contribute significantly to the decline in air quality, which is exacerbated by firecrackers during Diwali and New Year celebrations.

According to the DPCC, large-scale celebrations involving the use of firecrackers will result in a violation of social distancing norms, potentially leading to another COVID-19 surge. It went on to say that the firecrackers would cause a high level of air pollution in Delhi, causing serious health problems, “which under the current pandemic crisis situation is not favourable for the cause of larger community health.”