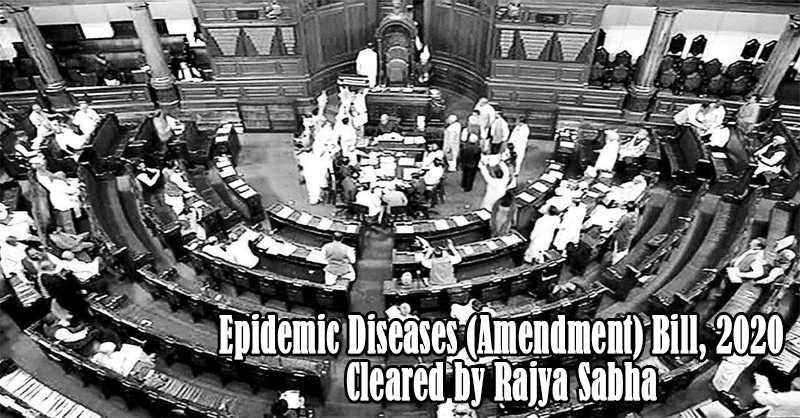 The Epidemic Diseases (Amendment) Bill, 20202 was passed by the Rajya Sabha on Saturday i.e. September 19th, 2020. This bill was passed to protect healthcare personnel that was combatting epideictic diseases. The upper house of the parliament passed this bill by a voice note. The Bill is already in force as an ordinance. The bill has also expanded the scope of powers of the Central Government to prevent the spread of such types of diseases.

Health Minister, Dr. Harsh Vardhan, while passing the bill remarked that the healthcare service personnel have been often stigmatized during the current global pandemic. He further narrated how there have been cases of attacks on their “person, property, and the healthcare facility”. Currently, the bill sought to introduce strict provisions that would act as an effective deterrent in these circumstances.

The Bill was supported by a majority of members. However, a few changes were requested. A few of these suggestions are enumerated below:

However, the bill was amended without incorporating these amendments.

The salient features of this bell are enumerated below