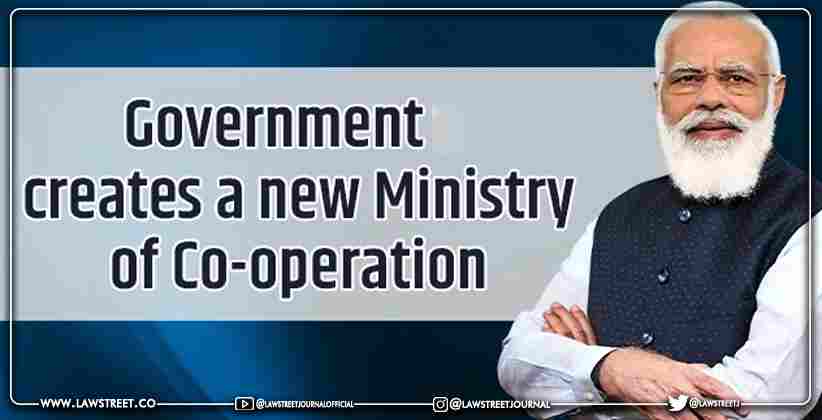 Ahead of the much-awaited cabinet expansion, the Central Government has created a new Ministry of Cooperation with an aim to strengthen the cooperative movement in the country.

Late Tuesday evening (July 6, 2021), the government informed that in a historic move it had created a separate ‘Ministry of Co-operation’ to realize the vision of ‘Sahkar se Samriddhi’ (prosperity through co-operation).

This new ministry will provide a separate administrative, legal, and policy framework for strengthening the cooperative movement in the country, the government said in a press note, adding that it will help deepen cooperatives as a “true people-based movement reaching up to the grassroots.”

In our country, a Co-operative based economic development model is very relevant where each member works with a spirit of responsibility and the creation of a separate ministry is indicative of the Central Government’s commitment to community-based development partnerships.

“The ministry will work to streamline processes for ease of doing business for co-operatives and enable the development of Multi-State Co-operatives (MSCS)”, the press noted said. The creation of the new ministry is in line with the budget announcement made by the finance minister, it added.

The announcement of the creation of a new ministry comes a day before Prime Minister Narendra Modi is expected to reshuffle and expand the Union Cabinet.

With the appointment of Union Minister for Social Justice and Empowerment Thawar Chand Gehlot as the governor of Karnataka, speculation is rife that the much anticipated rejig of the Union of Council Ministers, which will be the first in NDA 2.0, will take place on Wednesday (July 7, 2021). Sources said the first expansion of Modi 2.0 had been scheduled for 6 PM Wednesday, but the Rashtrapati Bhavan was yet to receive official communication from Cabinet Secretariat.

The Prime Minister’s office has been individually calling the selected candidates to join the council of ministers over the phone, with some already reaching the national capital on Tuesday.

The reshuffle is likely to involve a good number of ministers of state ranks besides filling a few Cabinet berths. The emphasis, officials said, is on inducting state leaders with solid administrative experience. It would be an important parameter with the council also reflecting strong representation of ministers with grassroots backgrounds and those who have risen despite modest beginnings.

Among those who are likely to make it are Jyotiraditya Scindia, Sarbananda Sonowal, and Narayan Rane. Apart from allies like the Janta Dal (U) and the Lok Janshakti Party, Anupriya Patel of Apna Dal is likely to get a berth. BJP MP Jamyang Tsering Namgyal from Ladakh is also seen as a ministerial hope.

Post reshuffle, the ministry is expected to have more people with a professional background such as medical, engineering, law, management, and post-graduates. As might be expected, an eye will be kept to make sure that the representation of Scheduled Castes and Scheduled Tribes is adequate. Many new entrants would be in the 30-40 bracket. The extensive cabinet rejigs, and gubernatorial shuffle will not be the end of political appointments as ministerial exits such as that of Mr. Gehlot means that there are vacant seats that will need to be filled. 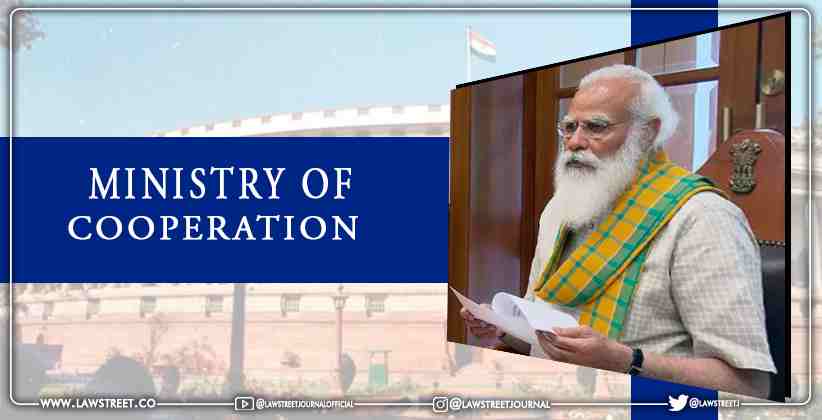 Executive Jul 08, 2021 Rashbana Thansi ( Editor: Ekta Joshi ) 2 Shares
2 Shares
On Tuesday (06/07/2021), the government created a Ministry of Cooperation to boost the Indian cooperative movement and encourage indigenous enterprises.India's first minister of cooperation will also be sworn in on Wednesday (07/07/2021)once the Union Cabinet reshuffle takes place and the new ministers take the oath of office at the Durbar Hall in the President House.Sources reported that the new ministry of Cooperation will work to realize the vision of "Sahkar se Samriddhi" and will provide a...
Read full post