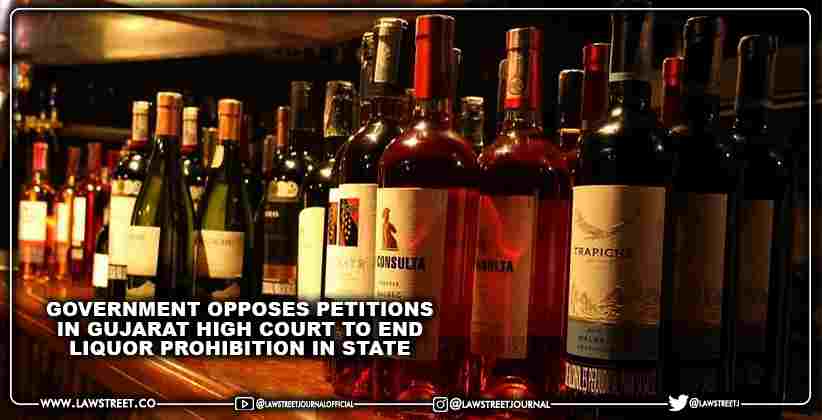 The Gujarat Government has urged the Gujarat High Court to dismiss a batch of pleas which want to end liquor prohibition in India's westernmost state. The Gujarat HC has reserved its verdict on petitions challenging the constitutional validity of Gujarat Prohibition Act 1949; which ban transportation, manufacture, sale & purchase of liquor in the state.

Citing the 1951 Apex Court Judgement which upheld the power of state legislatures to ban liquor consumption in states, the Gujarat Government submitted that it would be appropriate for the Supreme Court itself to decide on the petitions which essentially contest the legal position taken by the Top Court. Petitions before the HC have also cited the top court verdict on right to privacy & the fundamental right of personal choice while arguing for a change in the current law on liquor prohibition.

Appearing for the Gujarat government, Advocate General Kamal Trivedi argued that the fundamental right to privacy isn't like a "Bull in a China shop", but remains subject to various reasonable restrictions. Urging the HC to not interpret the Supreme Court verdict on right to privacy "clinically", he contended that the rationale behind the prohibition law should be seen.

Submitting that the right to consume non-vegetarian food within the four walls of a house can't be equated with consumption of intoxicating, harmful liquor; he questioned if someone may start claiming a right to consume contraband drugs in private spaces.

The pleas against ban on liquor consumption have claimed that the Supreme Court verdict on right to privacy has superseded its earlier order which allowed liquor prohibition in states.

The Petitioners also pointed to the apex court verdict which had decriminalized same-sex relationships, where a view was taken that laws once held as valid may become unconstitutional with changes in society, morality & passage of time.