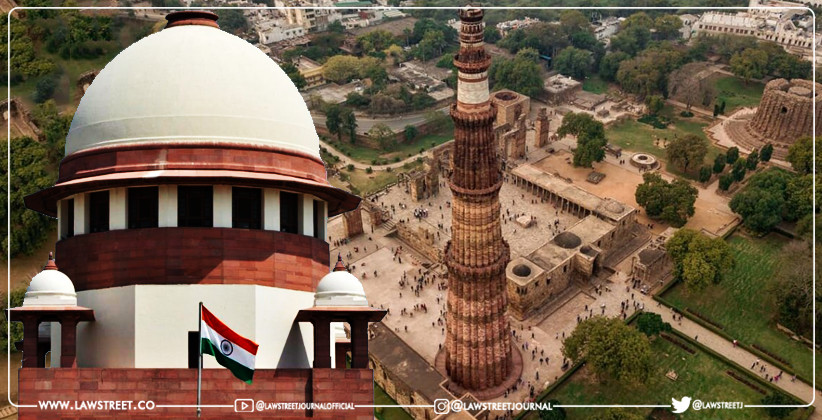 The Archaeological Survey of India (ASI) has been ordered by the Union Ministry of Culture to conduct excavation as well as iconography of the Qutub Minar complex, Delhi.

Govind Mohan, secretary of the Ministry of Culture, visited the World Heritage monument on Saturday and made the decision. According to the sources, ministry officials have instructed ASI to dig-in "to know the facts". Mohan and a group of three historians, four ASI officers, and researchers visited the site. As per ASI officials, the Qutub Minar complex hasn't been excavated since 1991.

Qutub Minar and its complex have been the target of several Hindu groups who claim it was previously a Hindu and Jain temple site.

The ministry has also requested that the ASI produce a report on its excavation, and the procedure can be initiated to the south of the minaret at 15 metres away from the mosque.

The Hanuman Chalisa was chanted outside the Qutub Minar complex two weeks ago by members of a right-wing group requesting that the renowned landmark be renamed 'Vishnu Stambha'. According to the police, 30 people have been detained at a police station where they will be released at a future date.

A police official said that,

"They were detained because they cannot protest in the middle of the road causing traffic snarls, thereby creating inconvenience for commuters."

Bhagwan Goyal, who is the international working president of the United Hindu Front, made the claim that the Qutub Minar is the "Vishnu Stambha," and that it was constructed by the "great king Vikramaditya." He also stated to the Press Trust of India (PTI) that,

“But later, Qutubuddin Aibak claimed credit for it. There were 27 temples in the complex and those were destroyed by Aibak. Proof of all this is available as people can find idols of Hindu gods kept in the Qutub Minar complex. Our demand is that Qutub Minar should be called as Vishnu Stambha."

The protestors chanted ‘Jai Shri Ram’ as well as recited the Hanuman Chalisa. In addition, they displayed placards that read, "Qutub Minar ought to be called Vishnu Stambha," in reference to the Hindu God Vishnu.