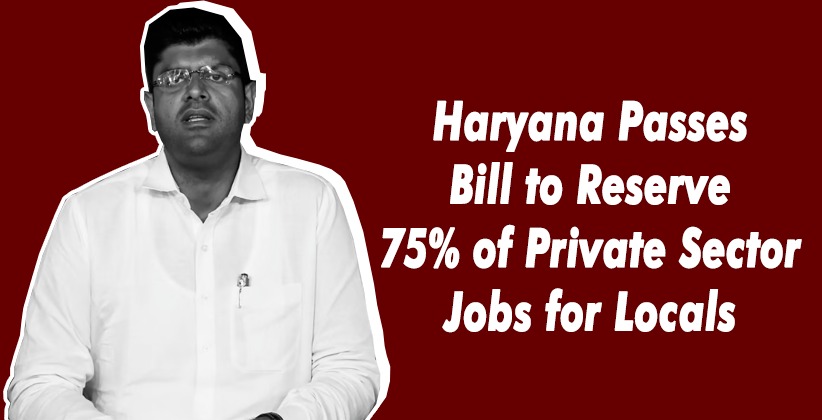 Executive Nov 09, 2020 Richa Shah ( Editor: Ekta Joshi ) 4 Shares
4 Shares
On Thursday (November 5, 2020),the Haryana Assembly passed a bill to give 75% reservation in the private sector to job seekers from the state, amid strong objections by Congress and Jannayak Janata Party MLAs.

Deputy chief minister and JJP leader Dushyant Chautala with the Haryana State Employment of Local Candidates Bill, 2020 aimed to provide 75 % of the new employment to local candidates for jobs having a salary of less than Rs 50,000 per month in privately-owned companies, societies, trusts, limited liability partnership firms, partnership firms, etc. which were situated in Haryana. Chautala tweeted that the promise made to the state’s youth now stood fulfilled and said, “Today our promise to lakhs of the youth of Haryana has been fulfilled and now Haryanvi youth will have 75 percent of jobs in the private sector.”

The recruitment by a company from the district in which it is located needs to be only 10 percent and the rest of the quota can be filled from other districts in the state. According to the bill, the quota will initially apply for 10 years. Chautala’s JJP is Bharatiya Janata Party’s coalition partner in the state had made a key promise of giving 75 percent reservation in private sector jobs. Chief Minister Manohar Lal Khattar said the bill would go a long way in providing employment to local youth. JJP MLA from Narnaund Ram Kumar Gautam opposed the bill and said that the proposed law was divisive. He said, “This is a free country and we are one. We do not want divisions. People from Haryana have the freedom to work anywhere in the country and so have the people from Bihar or Maharashtra or any other state. Biharis contribute a lot as far as our farming is concerned. How can we stop them from gaining employment in Haryana? This is a behuda (inane), Bill.”  Congress’s Rohtak MLA BB Batra also said that the bill was discriminatory. He said, “The BJP talks of one nation, and here is a Bill which is patently discriminatory and divisive. A similar law enacted by Andhra Pradesh has also been challenged in the high court and will be struck down. This Bill is also unconstitutional and will be struck down by the courts.”  Senior Congress leader Bhupinder Singh Hooda said that the discretion given to the employer to pick a maximum of 10% local candidates from a district should be done away with. 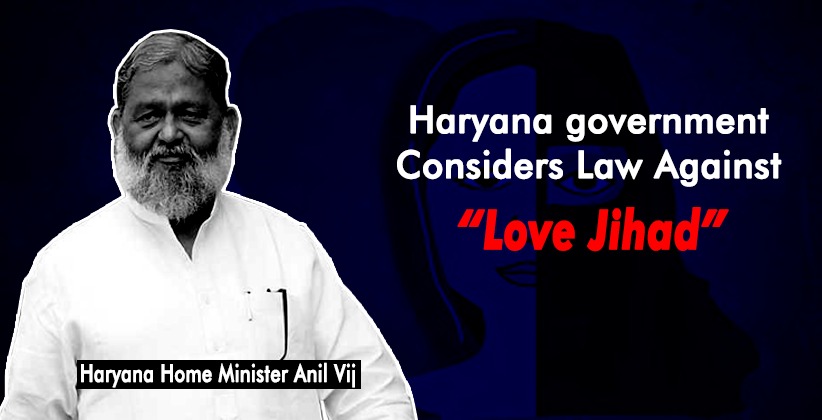 Executive Nov 04, 2020 Parul Singhal ( Editor: Ekta Joshi ) 7 Shares
7 Shares
Haryana Home Minister Anil Vij said that he will bring a strict law to curb incidents of love jihad, one day after UP CM Yogi announced the same. On Sunday (November 1, 2020) , Anil Vij tweeted in Hindi, “A law against love jihad is being considered in Haryana”. Addressing election rallies in Jaunpur&Deoria, Adityanath on Saturday referred Allahabad HC ruling which said conservation just for the sake of marriage is not valid & said the Govt is working towards bringing a law to...
Read full post 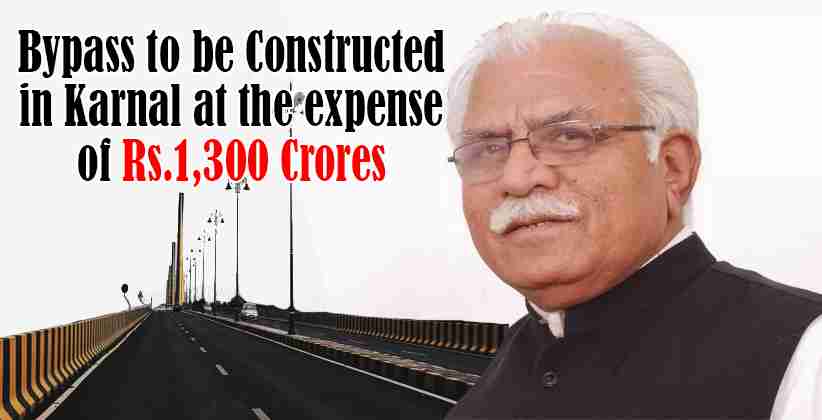 Executive Oct 06, 2020 Twinkle Agarwal ( Editor: Ekta Joshi ) 2 Shares
2 Shares
The Chief Minister of Haryana, Manohar Lal Khattar addressed on October 4, 2020 (Sunday) that 35 kilometers long and 7 kilometers wide bypass will be constructed at the expense of Rs 1300 crore, connecting to Jhanjhari village and covering the area between Madhuban and Kutel in Karnal.He said that the final signal for construction has been given by the National Highways Authority of India. The bypass was intended to be constructed for the following purpose –To make it simple to connect...
Read full post