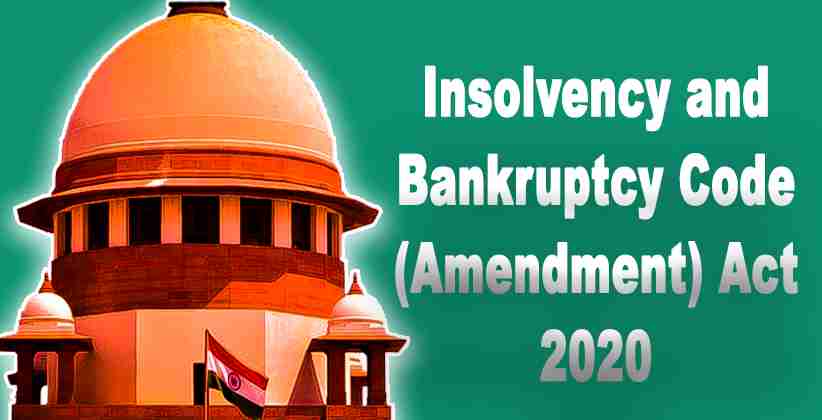 Executive Oct 14, 2020 VANDANA KOTHARI ( Editor: Ekta Joshi ) 15 Shares
15 Shares
A bunch of petitions were filed challenging the constitutional validity of the Insolvency and Bankruptcy Code (Amendment) Act 2020. One of those petitions was filed by the Association of Karvy Investors challenging Section 3 of the Act for being retrospective in nature and affecting the pending applications.

It was said in the petition that the provision adds some proviso to Section 7 to state there should be at least one hundred real estate allottees or ten percent of the total number of allottees, whichever is lesser, to maintain an insolvency petition in respect of a real estate project. Another point that was challenged was increasing the threshold limit for initiating insolvency proceedings from 1 lakh to 1 crore.  On Tuesday, Supreme Court heard arguments by Advocates Shikhil Suri, Piyush Singh, Rahul Rathore, Dinesh C. Pandey, Dhruv Gupta, and Purti Marwaha Gupta. The matter then got listen for 8th October i.e., Thursday where the bench led by Justice R. F. Nariman, and comprising of Justices Navin Sinha and K. M. Joseph heard arguments by Madhavi Diwan, Additional Solicitor General (ASG).