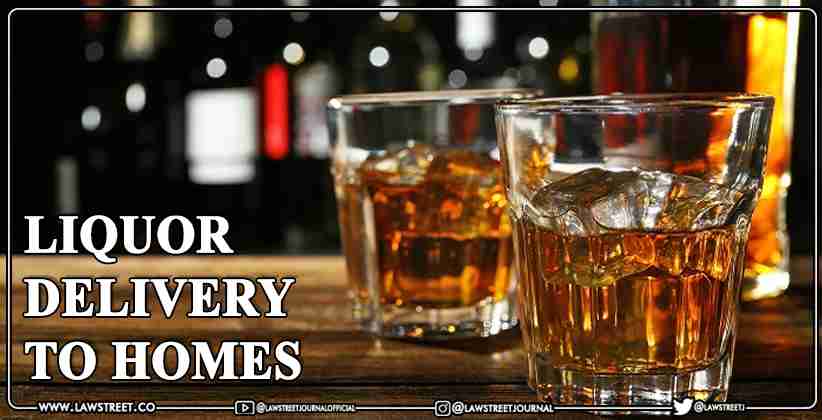 On Thursday , 30th December 2021,  the association pleaded  the Delhi government to consider and implement home delivery of alcoholic beverages in the capital on the back of rising covid-19 cases.

"The ongoing festive seasons are the peak consumption period for the industry, and regularising and formalising home delivery will ensure minimal impact to the industry, ensure citizen accessibility, and also protect jobs while protecting state revenue from the alco-bevy industry," the association wrote in a statement.

The liquor industry has been campaigning for more convenient ways to get alcohol, including, but not limited to, home delivery. In India, the selling of liquor is a state matter, and each state has its own set of rules. In Maharashtra, for example, liquor can be delivered to your home. Furthermore, statistics from Maharashtra and West Bengal excise departments on the number of orders for liquor delivered to homes during the epidemic bolster the case for home delivery, according to an organisation representative. According to official data, West Bengal had 1.91 lakh home deliveries between May 15, 2020, and March 31, 2021, whereas Maharashtra had close to 60 lakh.

Given the demand among citizens in all states, according to Nita Kapoor, CEO of ISWAI, "we believe that if the home delivery model is accepted with all the necessary restrictions in place, going forward, this could become a potential pathway for encouraging responsible drinking while also raising revenue for states."

The International Spirits and Wines Association of India emphasized that it is willing to work with states to develop comprehensive rules and safeguards that promote responsible usage.

The state government has been asked by the business organisation to reinforce and outline uniform home delivery criteria. The appeal comes as Delhi implements a new excise policy that entails the government to withdraw the liquor market entirely and pass it over to private vendors.

The ease with which customers can obtain alcoholic beverages will immediately increase the demand for alcohol. A moral endeavour to make the Country  an alcohol-free country will also be hampered.

"Allowing home delivery of liquor to continue will address the issue of low retail distribution of Alco-Bev establishments, which reduces brand reach, and will limit the sale of counterfeit liquor through informal supply chain operations, reducing underage consumption that would otherwise be lost to such illicit merchants." Only duty-paid and genuine products will be purchased from licenced shops and delivered by the retailers' workers or permitted agents, ensuring that the State Government's revenue is secured."

The world is battling and seeking to create a serene, healthy, and lovable environment, but some are focusing on increasing productivity and making it easier to access the morally wrong.

The International Spirits and Wines Association of India (ISWAI) is a trade association supported by global alcoholic beverage corporations with interests and activities in India, and represents large international liquor companies in India.