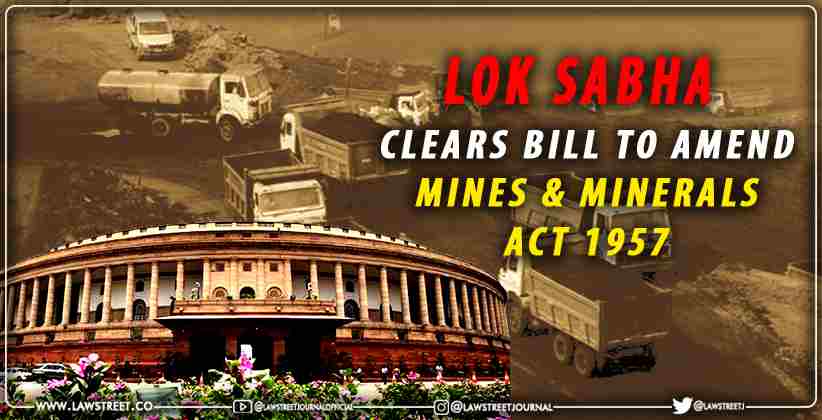 The bill seeks to further regulate the mining sector in India by:

Speaking on the Bill, Union Minister Pralhad Joshi said that the mining sector in India is very weak. He further said that the reason for this is non-involvement of private companies in this sector. He added that the Bill enables private players having advanced technology to enter exploration and boost the sector.

Salient Features of the Bill:


Sale of minerals by captive mines

The Bill provides that captive mines (other than atomic minerals) may sell up to 50% of their annual mineral production in the open market after meeting their own needs. However, the lessee will have to pay additional charges for mineral sold in the open market.

Presently, upon expiry of mining lease of a particular lessee, fresh auctions are conducted and the statutory clearances issued to previous lessee are transferred to the new lessee for a period of two years. The new lessee is required to obtain fresh clearances within these two years.

The Bill replaces this provision and provides that the transferred statutory clearances will be valid throughout the lease period of the new lessee. This is expected to reduce compliance burden.

Allocation of mines with expired leases

The Bill provides that such mines, whose lease has expired, may be allocated to a Government company in cases where:

Such lease to a Government company shall be valid for a maximum period of 10 years or till selection of new lessee through auction, whichever is earlier.

The Bill provides that the words "private entities that may be notified" shall be added to the second proviso to Section 4 of the principal Act which contemplates grant of license for prospecting or mining operations.

Where many members said that the Bill is a welcome move to augment minerals and mining sector, the same came with certain concerns, listed as follows: